The Marshall Project will focus exclusively on stories about the U.S. courts and prison system. Keller is the editor-in-chief of the new venture that will try to expose systemic problems in the criminal justice system. It officially launches in the middle of October. 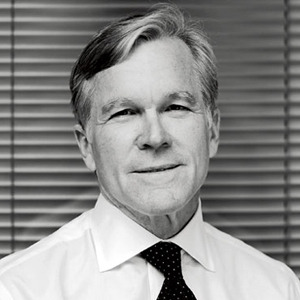 Bill Keller, editor in chief of The Marshall Project.

“This is an incredibly rich area for journalists,” Keller said in his interview. “There is this tremendous market and appetite for really aggressive coverage for law enforcement, prisons, courts.”

When fully staffed, The Marshall Project will have a staff of about 25 people. Most of the reporters will be doing investigative pieces, but the organization will try to deliver some original content every day.

“Had we been live during Ferguson, we would have been very early on the subject of the militarization of the police,” he said.

Philanthropy will be the primary way of sustaining The Marshall Project. Keller doesn’t anticipate a lot of interest from advertisers and business in the venture.

“I don’t see any potential in the near term that advertisers want to promote their product alongside stories of lethal injections and prosecutorial misconduct,” Keller said.

Keller said one of the advantages of doing philanthropic journalism is reporters don’t face the same concerns about whether a story will be popular with a broad audience. There aren’t the same pressures to produce Internet traffic.

Keller presided over The New York Times from 2003 to 2011, during a time of tremendous upheaval in the journalism industry. In his eight years as executive editor of the paper, Keller said The Times became a digital first publication out of necessity.

“We became much more experimental, open to new ways of telling stories,” said Keller. “The obvious curse of the Internet is that it completely disrupted our business model.”

When asked about The Times’ infamous digital innovation report leaked earlier this year, Keller said this was the third such report he had seen at the newspaper over the last decade.

He wrote a similar digital innovation report for the newspaper himself back in 2005, and ousted editor Jill Abramson wrote another one in 2009. Keller said all three Times digital reports have contained a sense of urgency, but it’s been a hard transition from print to online for most legacy news organizations.

“Old media still has a ways to go to overcomes the culture and psychological habits that are rooted in the old world,” Keller said.