Shauna Dillavou is quite comfortable with paranoia, especially when it comes to journalists and their digital security. 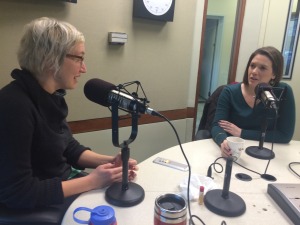 “Digital security, we tend to focus on what it’s going to take to make free speech as free as possible,” said Shauna Dillavou, cofounder and executive director of Community Red. “That’s going to depend on who’s reporting it and where and what they’re saying.”

Community Red helps journalists around the world assess heir threat model and come up with strategies to protect their information and themselves from “bad actors,” whether they be dictatorial regimes or drug lords seeking to eliminate reporters covering wrongdoing.

“The idea is we want people to think about who they are in the space and time that they’re operating, their geography, the politics around them, what that means to them, and then what they want to say,” Dillavou said. “And so, if you can look at that and the aggressors, the people who may not like to hear what you’re saying, and their potential to do you harm, like what ways they could potentially be getting to you, and the information that you have and what could happen to you as a result.”

In this week’s podcast, Producers Megan Cloherty and Michael O’Connell talk to Shauna Dillavou of Community Red about what her organization is doing to help citizen journalists worldwide. They also discuss what steps journalists can take to protect their information from prying eyes and the impact threats like GamerGate and the Sony hack have on free speech.

#125 – Designing for the demands of media