Melissa Bell is a former Washington Post reporter and one of the founders of Vox.com.

At Vox, Bell is trying to reinvent how news is delivered. The site tries to experiment with the ways it presents content. For example, the site often uses lists like “What we know” and “What we don’t know” in its breaking news stories, instead of using a traditional format. 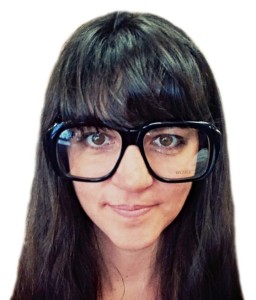 Melissa Bell is one of the founders of Vox.com.

“I think The Guardian is really one of the best role models of great live blog technology,” said Bell, listing an example of innovative journalism.

Vox has also created a storytelling form called cardstacks. Cardstacks are groups of slides — made to look a little like index cards — that focus on a particular topic. They are meant to be educational and endure the test of time, providing a deep-dive into a particular topic. Examples of recent cardstacks include “The Charlie Hebdo attack, explained” and “Everything you need to know about the war on drugs.”

On the business side of Vox, the staff is looking to Vogue magazine as a model. In Vogue, the advertisements don’t “impede” the reading experience. Vox’s goal is to have a website that a similar, “total” package — where the advertising is well incorporated into the site.

“You have ads on the site, but they are a good interaction. They look beautiful. They don’t interfere with the reading of the journalism,” Bell said.