President Barack Obama is a pretty big “get” in the world of journalism. Any sitting President would be, of course. 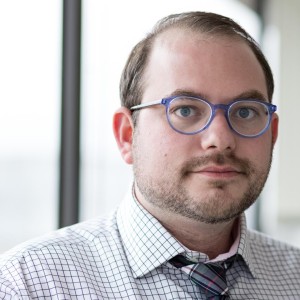 But Obama, in most cases, has proved to be a master of tapping the power of digital technology to get his message to the people he wants to, whether its through the We the People online petition site or the social media component of his two presidential campaigns.

“The reality is now, it doesn’t matter what institution you’re talking about,” said Matthew Yglesias, executive editor at Vox.com. “It could be a newspaper or a magazine. If someone gets a big story these days, that story usually goes up on the Web first, right? I mean, that’s just common sense. News sort of lives in that digital space regardless of what the sort of bigger picture of how that website came to be.”

So, Obama granting interviews to Vox.com, BuzzFeed and YouTube shouldn’t have surprised anyone.

“If you’re digital native, if you’re not, everyone sees, ‘Do you have an audience that we want to communicate with?’ And I think our site does,” Yglesias said. “And I think that’s how the White House sees it.”

Still, some people grumbled about these digital startups getting the same access granted traditional media outlets.

“I remember various waves of this,” Yglesias said. “I remember the first time there was a digital native publication that was in the White House press room the first time. Someone from a digital native place was called on to ask a question at a press conference. I remember years ago difficulties getting just like the basic congressional press credentials. So, I think that it’s not a change that’s happened all at once and I don’t think it really shocked people exactly that the President was doing an interview with us or that the President was doing BuzzFeed. I still think it’s noteworthy because it’s a first, but it’s part of the sort of long trend of digital native publications being taken more seriously in Washington as more and more of the audience is on our kind of platforms.”

In this week’s podcast, I talk to Yglesias about what went into Vox.com’s interview with President Barack Obama. Yglesias covered politics and economics for Slate before joining Ezra Klein and Melissa Bell in April 2014 to start Vox. He talks about the preparations before the interview and decisions that went into how the interview was presented online and then how it was promoted through social media.