At a time when Americans are relying more heavily and more frequently on student journalists for their local news, those same reporters have fewer protections and legal securities than their “professional” counterparts. 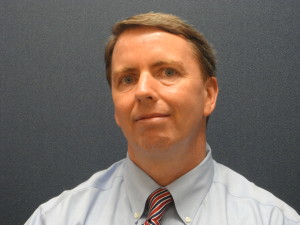 Frank LoMonte, executive director for the Student Press Law Center, explains that while younger journalists, in high school and college, predominantly, are being tasked with reporting on real-world events, they’re doing so without a safety net.

The Student Press Law Center receives an average of 2,500 calls and emails annually with questions and concerns about access to meetings, public officials, public records and what can be considered protected information.

“When somebody calls us from a K-12 school, it’s normally a question about their First Amendment rights,” LoMonte said. “Unfortunately, some of the censorship is really, really heavy handed to the point where teachers’ jobs are threatened or journalism programs are actually threatened with closures. Those are the cases that hit you right in the gut, the ones that threaten the existence and future of journalism.”

In colleges, the stakes are different but, in some cases, even more substantial. The calls the Center receives from students are increasingly about “campus crimes, campus discipline, campus sexual assault, and especially the interaction with athletic departments,” he said. Colleges and universities can be “intensely interested in keeping secret” anything that might jeopardize a positive image or reputation, while at the same time student journalists are just as intensely interested in finding out the truth.

Unfortunately, some of the censorship is really, really heavy handed to the point where teachers’ jobs are threatened or journalism programs are actually threatened with closures.

College students also are called upon to serve as community reporters, attending high school events and school district meetings, and without their attendance, the information might not reach concerned citizens, LoMonte said.

“Colleges around the country are being called upon by people like the Knight Foundation to reconceive their journalism program like a teaching hospital, to think of themselves as the front-line provider of that critical information that the community needs,” he said. “We’re leaning on students, all of us are, to be our information providers, and at the same time, we don’t provide them with anything near the same level of legal protection that professionals have.”

He adds that private colleges or universities, including such big-name schools as Georgetown and George Washington University, are not required to operate under a constitutional approach to free speech, whereas public schools, like the University of Maryland, must adhere to first amendment standards.

“But even there, the courts have not recognized nearly the same level of protection for students as for professionals and the school or maybe even the college could step in and censor them based on some kind of a showing that their coverage is going to in some way be disruptive to operations of the institution, however that’s defined,” LoMonte said.

Any student that tries to challenge any kind of suppression of information in court is likely to run out of time and could graduate before the legal process is completed, he noted, to say nothing of the high cost of legal bills that come when squaring off against “with a government agency that has free lawyers.”