You might have another excuse not to listen to your editor.

At a time where the “If it bleeds, it leads” mentality is especially pervasive in today’s major newsrooms, where the media preys on the shocking, traumatic and negative, there is a light in the darkness.

Images and Voices of Hope is a non-profit organization that believes the media can create a force for positive change. It’s a place where journalists can talk about the impact their stories have on a particular community, especially during the aftermath of a tragedy.

“Positive news or the ‘positive stories’ phrase really makes journalists cringe, and I can totally understand that,” said Mallary Tenore, managing director of Images and Voices of Hope.

“But I think people’s appetite for news is changing,” she said. “With that change, come the opportunities to tell the full story — not just telling the stories of what happened, but really looking at what’s possible.” 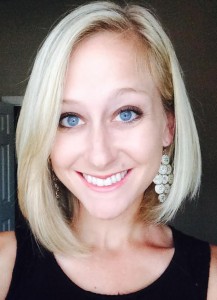 Mallary Tenore, managing director of Images and Voices of Hope, spreads the message of restorative narrative.

IVOH fosters a community where thoughtful, empathetic journalism is the name of the game. The organization has built most of its mission behind the idea of “restorative narrative.”

Tenore said a growing body of research has shown repeated exposure to negative emotions often expressed in traumatic news stories, people become more stressed, withdrawn and less social. It creates a culture of fear rather than resilience and community.

“But when people experience positive emotions, like those that are often in restorative narratives, they feel more mobilized to be engaged with their communities,” Tenore said. “Positive psychology research shows that resilience is an acquired skill. Our hypothesis is if the media were to tell more stories of resilience and recovery, then maybe they could teach communities what it means to be resilient.”

Tenore said the idea of restorative journalism stemmed from Curtiss Clark, the editor of the Newtown Bee, and his experience covering the Sandy Hook shootings. Clark wanted to find out how his paper could not only report what happened but also how he could help his community find the road toward recovery.

I think people’s appetite for news is changing. With that change, come the opportunities to tell the full story — not just telling the stories of what happened, but really looking at what’s possible.

“Some people might look at that think well, would that mean that the paper would be biased or that they would branch off into advocacy?,” Tenore said. “But he really believed that they could tell true stories that would help the community and the paper could do something constructive for them.”

With limited resources and time, Tenore said she understands why it’s easy to cover crime or tragedy and quickly move on to the next story. But IVOH suggests journalists create a log of the traumatic stories they’ve covered, and revisit the story months or even years later.

Positive change through stories of resilience

“In many ways, it could help them to take a more balanced and more holistic approach to their coverage,” Tenore said. “It could potentially enhance the work that they do and maybe make them feel more fulfilled in terms of what they’re doing as storytellers.”

In December, IVOH launched the Restorative Narrative Fellowship program. Five journalists from across the country get six months, and a stipend, to find and tell stories of restorative narrative in their communities. IVOH works with each of the fellows to craft their stories — and discusses the benefits and potential pitfalls of the genre with each fellow.

IVOH hopes it can expand its community to include all kinds of digital storytellers, Tenore said, which will only bring a more diverse collection of voices to join in on the narrative.

“The more that we can explain the impact that these stories have,” she said, “the more likely that people are going to want to tell these narratives.”

#104 – What does an older, more diverse America mean for the media?