Don’t write in the CMS. It’s practically a meme on Twitter.
“It’s an understandable argument,” said Zach Seward, vice president for product and executive editor at Quartz, the business-focused digital startup. “Too many people have been burned by a lost post. So many CMSes are a pain to use. The software is cumbersome and not worth your time. Totally understandable sentiment, but one which when we launched we decided to flip on its head and mandate that every writer at Quartz writes in the CMS.” 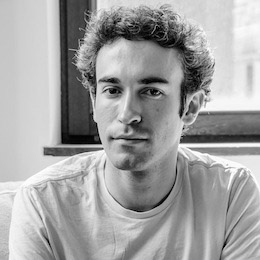 Zach Seward is VP of product and executive editor at Quartz. (Contributed photo)

Seward spoke Saturday, April 11, at the 2015 Society for News Design workshop in Washington, D.C., about his company’s unusual approach to design.
“I’m  a firm believer that your writing should adapt as much as possible to the specific medium in which it’s appearing,” Seward said. “That the closer the writer is to the means of production, the better the finished good, the better the results and readers can tell. They can tell if this thing was written for the Web or was written for print or was written for a phone or desktop.”
To help get those writers as close to the finished good as possible and help them to become true designers, a news website’s CMS has to be as close to WYSIWYG (What You See Is What You Get) as possible. Basically, this means that when a writer places a story or a graphic, that’s how it’s going to look on the published page.
“The writer’s intentional choice to select this photo, to place it at this particular point in the story, to choose to set it off from the text instead of inline, they may seem like mere esthetic choices, but in fact, they are as essential to the writing of the story as communication as the text of the story itself,” Seward said. “And the fact that we require our writers to make these choices, to find the photos themselves, to insert it in the specific place and not to make that a separate part of the production process is fundamentally what distinguishes the type of journalism we’re trying to do from some other places.”

In this week’s podcast, Zach Seward, VP of Product and executive editor at Quartz, talks about the digital startup’s approach to design. The thesis for his presentation at the 2015 Society for News Design’s workshop in Washington, D.C., is that everyone it Quartz — writers included — are designers. He also talks about the lessons learned from Quartz’s three redesigns and the core principles that guide them in their decision making about design.