It’s not quite “Rocky Mountain High” — Colorado is one state over — but there will be mountains.

The Association of Alternative Newsmedia is heading to Salt Lake City July 16-18, for the 2015 AAN Convention. 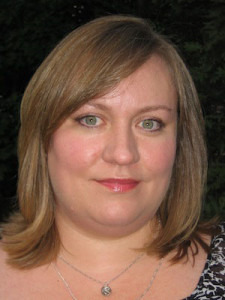 Tiffany Shackelford is the executive director of the Association of Alternative Newsmedia.

The Salt Lake City Weekly is hosting the event, which is an opportunity for members of the alternative press to share ideas about how to cover their communities better against a backdrop of blue skies and snow-covered peaks.

Mark Goodman, one of the original MTV veejays, will be a keynote speaker, talking about music journalism and music content.

“Maybe it’s the Gen-Xer in me, but I think he knows more about music than a lot of people we hear from,” said Tiffany Shackelford, AAN’s executive director. “We’re pretty excited about that.”

Other speakers at the conference include:

“One of the things that was interesting to me is with all of the hullabaloo around Indiana’s religious discriminatory possible practices and Religious Freedom Act, Utah actually did it right,” Shackelford said. “They got together with the gay and lesbian leaders in Utah and both sides of the aisle and passed a compromise anti-discrimination and religious freedom act that’s really quite successful. We’re dedicating a session to that, which I think will be really fascinating.”

The convention will have a number of sessions devoted to data, long-form journalism and identifying revenue streams.

“We’re talking a lot this year about successfully packaging, but also circulation and the digital future and how that’s going to look, both from a print point of view, as well as a digital one,” Shackelford said. “We also have a great design track that we haven’t had in a few years. And that’s dedicated to both print and online design.”

In this week’s podcast, It’s All Journalism producer Michael O’Connell talks to Tiffany Shackelford, executive director of the Association of Alternative News Media, about AAN’s annual convention, which takes place July 16-18, in Salt Lake City. They also talk about some of the challenges alt-weeklies have faced over the last year and some of the big successes going on in the alternative arena.