The good news is the murky world of online journalism is gaining some clarity.
The bad news is journalistic outlets haven’t yet embraced the collaborative spirit that has helped other industries thrive in the 21st century.

During a wide-ranging presentation at the Association of Alternative Newsmedia’s annual conference, Elizabeth Osder, a 25-plus-year digital media professional and consultant, advised journalists and newsrooms to learn from companies like Uber and Airbnb. Their business models didn’t exist a decade ago, but they’re thriving now by not being held back by what used to work. 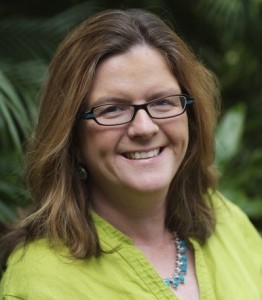 Elizabeth Osder is a digital media consultant with a 25-year career in journalism.

“All of a sudden we’re in a world where there are on-demand services,” she said. “The value of Uber is the number of people that participate,” while the value of Airbnb is determined by the value created by people who rent out their houses to people looking for a place to stay without limiting their searches to hotels. “We just haven’t been talking about it as it relates to journalism,” and that’s an opportunity that can and should be considered—quickly.

It’s time to consider what an on-demand journalism experience would look like, or what journalism would be like if newsrooms considered themselves part of a network, much like computer systems hooked up together to form a system for sharing information.

“You’ve been doing these things over the years in this room, in this conference,” Osder said. “Everybody comes here to share ideas, to talk about what they’re doing, to talk about best practices. … What would it be like to keep those conversations going throughout the year?”

After recounting a few of the presentations she’d heard, Osder issued some strong suggestions about the importance of knowing and reflecting your audience. She pointed to a project undertaken by a weekly newspaper in Boulder, Colorado, focusing on “reinvigorating Latino history, talking about the Latinos in the community, where they came from, how they got there.” The Latino readership of the publication, as a result of that work, increased from 2 percent to 15 percent.

The reporting “resulted in a more engaged and involved audience,” Osder said. It also changed the conversation in the newsroom: “Who and how do we do our work? What does it mean to our staff?” she asked. Are newspapers simply “the last bastion for everybody who has a liberal arts education and wanted to be a writer? Are we actually doing something that actually has an impact on a community?”

There’s a bigger lesson to be learned here, she stressed. “Fundamentally, there’s something going on right now: The doors of your offices have been blown out by the collaborative economy,” she said. “The people that used to not have a voice who relied to get into your channels through your newspaper have established their own. If you do not invite them in, they will find their own audiences and serve themselves and they will be entrepreneurs who service those audiences.”

Those entrepreneurs will have one big advantage over more traditional publications and platforms, she added. They will be more pragmatic from Day 1, “because they will be small business people who understand that the chicken-and-egg game of what came first, the ad or the editorial, that you better have some money in order to do something,” Osder said