Just about everything about Vox.com is probably different from your news organization.

When it launched a little more than a year ago, a group of journalists and developers built the site, hired a staff and developed its signature “card stacks” in nine weeks. 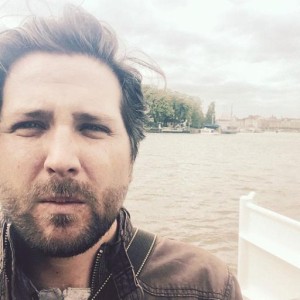 Stories on Vox.com focus not only on who, what, where and when, but also emphasize “how” and “why.” Each story should answer the question, “WTF happened?”

And it has free beer on Thursdays.

Yuri Victor, a senior user experience developer, noticed the differences on his first day at Vox, when he got several emails from his co-workers that asked, “Do you have five minutes?”

“We got into Google Hangouts, every single one was the same thing,” he said during a presentation at the Association of Alternative Newsmedia conference in Salt Lake City. “How’re you doing? How was your first day? Do you need anything? How can I help you?”

It doesn’t stop there.

At just over a year old, Vox has published more than 8,000 articles and averages about 24 million unique visitors a month. Victor said the site has developed at least 115 card stacks, which account for 23 percent of Vox’s total traffic — 63 percent of card stack readers come back to the site to read another one.

Vox places a premium on the C’s — communication, collaboration, culture, context, caring and community — instead of the Ps, projects, process, products and plans, Victor said.

“When we look at the organizations that are succeeding, they’re really the ones who are putting the C’s before the P’s every time,” he said. “Those are the newsrooms you want to work for; people who actually care about you.”

This week’s It’s All Journalism podcast features audio from a presentation by Yuri Victor, senior user experience developer at digital startup Vox.com. Speaking at the 2015 Association of Alternative Newsmedia’s conference in Salt Lake City, Victor discusses the highlight’s Vox first year, from launching its popular card stacks feature to interviewing President Barack Obama. He also talks about some of the challenges and pitfalls Vox faced in building a truly digital-focused newsroom.