It’s early days in the 2016 presidential campaign, but things are already heating up at PolitiFact, the Pulitzer-prize-winning, fact-checking arm of the Tampa Bay Times. 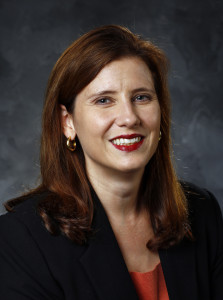 PolitiFact journalists have already picked apart to recent Republican and Democratic debates and identified questionable quips from interviews and started running them through the Truth-O-Meter to determine their veracity.

Some of the results:

On this week’s It’s All Journalism podcast, Producer Michael O’Connell interviews Editor Angie Drobnic Holan about PolitiFact’s mission, the steps the website’s staff goes through to determine the truthfulness of candidate’s claims and their approach to covering the 2016 presidential race. She also discusses how PolitiFact and other organizations, like the American Press Institute, are bringing the fact-checking philosophy to newsrooms across the country, teaching journalists to use those skills to cover not just political campaigns, but the entire governmental process.