Anybody can figure out how to use Facebook, Twitter or the latest and greatest social media platform. But how can journalists use those platforms as tools to better engage with an audience, encouraging participation and telling stories that would be overlooked otherwise? 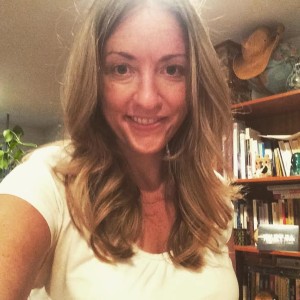 Dr. Carrie Brown has made answering that question a big part of her career. After earning National Educator of the Year from the Association for Education in Journalism and Mass Communication’s Newspaper and Online Division for her work at the University of Memphis, she moved to the City University of New York and this year launched the inaugural Master of Arts degree in Social Journalism geared toward helping graduate students better understand how to effectively use social media in their reporting.

“We believe journalism is a service, not a product,” Brown said. “Social media is really important to us, but that’s not the only thing we care about. Our students also use techniques for engaging people face to face.”

The program lasts roughly a calendar year, with students taking classes over the summer in addition to full course-loads during the academic year. The 14 students also had to take on an internship, independent project or create and carry out a special project with a news organization, something they designed with the help of editors and professors. The program requires Brown and the students to put a lot of information and work into a relatively short amount of time, but there’s some flexibility to ensure the students get out of the work something that relates to their future careers.

In part, the program was designed with the lamentations of editors and producers in mind, Brown said.

“At this point, it’s not that hard to hire somebody that knows how to use Facebook or Twitter,” she said. “What we didn’t have was people that knew how to use social media in a more sophisticated way, to actually build and audience and engage communities meaningfully.”

The CUNY program tries to stretch beyond the box of traditional journalism and social media by focusing on the engagement aspect, something Brown said she’s seeing more newsrooms take seriously, from The New York Times down to smaller local publications.

It’s a set of skills the greater journalism world is requiring at an increasingly rapid pace, with positions called social media editor and community engagement editor popping up around the industry.

“I’ve made this my life’s work because I was one of those people who believes journalism is really important for democracy,” Brown said. “If we are going to sustain our business, we need to figure out how to use these tools in smart ways.”

On this week’s It’s All Journalism podcast, Producer Michael O’Connell talks to Carrie Brown, who launched the first program dedicated to social journalism at the City University of New York Graduate School of Journalism. Brown talks about the program’s inaugural year and how journalists can improve their social journalism skills. This is a follow-up interview to our conversation with CUNY’s Jeff Jarvis in September 2014 about the launch of the program. Listen to that podcast here.