Madalyn Sklar could probably be considered a Twitter super-user. 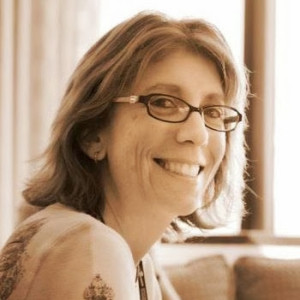 Madalyn Sklar is host of the #TwitterSmarter Podcast.

On this week’s It’s All Journalism podcast, Sklar talks about how to make a better profile and use lists to improve the scope of subjects you cover. She’s also a big advocate of using Twitter chats to meet people and promote yourself.

Sklar explains what she likes about Twitter as well as some of the things she doesn’t like so much, such as annoying automatic direct messages.

“I get plenty of them where people follow you, and as soon as you follow them back, next thing you know, they send you a direct message and they’re promoting themselves,” Sklar said. “You don’t know them and they’re promoting themselves. They’re like, ‘Hey, why don’t you also go over to my Facebook and go like me and go over to my LinkedIn and follow me and go buy my course and go buy this and that.'”

Sklar said people should take a more social approach to interacting on Twitter.

That type of behavior is a quick way to get ignored, unfollowed or even blocked.

“So many times, I’ll see people on Twitter,” she said. “They’ll follow me. They’ll retweet something or favorite something, so that prompts me to go look at their Twitter.”

Examining their profile, sees the types of tweets they’re writing or sharing recently.

On this week’s episode of It’s All Journalism, Producer Michael O’Connell talks with Twitter coach and blogger Madalyn Sklar about how people can use Twitter more successfully. She hosts the weekly #TwitterSmarter podcast. If you want to hangout with Sklar and swap social media tips, join her every Thursday at 1 p.m. ET for the #TwitterSmarter chat.