If Margy Looney could, she’d like to stop using the phrase “western media” in conversations about journalism; however, she recognizes that journalists in the West have pretty “loud voices” when it comes to discussing where their industry is heading.

“It’s definitely hogging the stage a little bit,” Looney said. “And I’d like for there to be a little more room for what’s happening across the world.” 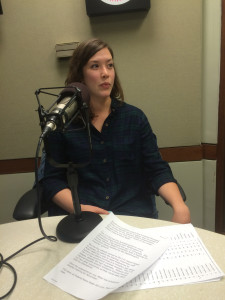 Looney is the managing editor at the International Journalists’ Network (IJNet), which reports on the shifting media landscape from a global perspective. It covers the world beat in seven languages — Arabic, Chinese, English, Persian, Portuguese, Russian and Spanish.

“We want to be a resource site for journalists,” Looney said. “That’s definitely how it began with a huge focus on training opportunities. We try to curate opportunities around the Web that journalists can easily apply for at a low cost. We’re always keeping journalists in mind that may not have a lot of resources in their own country.”

To fulfill this mission, IJNet produces tip sheets and tutorials. It’s also expanded its coverage of the international journalism industry in order to bridge the gap between what’s going on in western media and in newsrooms around the world.

“We would like, if we’re doing our job correctly, western media to be looking at our site for what’s happening around the world in journalism,” she said.

What those journalists may find are colleagues who are just as dedicated as they are, but who may be working with fewer resources or facing a different set of challenges.

“We see, rather than talking about what’s happening in digital journalism, overseas we’re talking about how journalists are just trying to open data in their own countries,” Looney said. “We’re bringing in trends that are happening in the U.S. and in the western media, like data journalism, but this is not, ‘How can me make this really cool piece online?’ It’s, ‘How can we even let our country give us this data and use it to make something new?'”

In some countries, access to broadband is an issue, so journalists turn to other means of distribution, such as SMS alerts.

“We see a lot of local coverage that way, especially in Africa,” Looney said. “So, it’s not, ‘How are my users accessing me when they’re commuting to work on the subway?’ It’s, ‘How can my user, who lives in a remote community, get in touch with me?’ I can send them an SMS alert, with something that’s actually happening in the news that day, and they can also communicate with me about what’s happening in their community.”

On this week’s It’s All Journalism podcast, Producers Michael O’Connell and Amber Healy talk to Margy Looney, managing editor of the International Journalists’ Network (IJNet), about the challenges international journalists are facing in covering the news in their particular countries. They also talk about whether millennial journalists are getting the short end of the stick when it comes to how much they’re able to influence the direction of their newsrooms.