Words matter. Being able to communicate clearly, effectively and comprehensively to its audience is a top concern among newsrooms, and having a diverse staff that accurately reflects the community it serves is increasingly important. 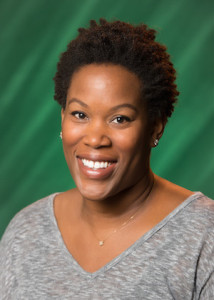 Meredith Clark is an assistant professor of digital and print news at the Mayborn School of Journalism at the University of North Texas.

Take, for example, news coverage of the events that unfolded in Baltimore last April after the death of Freddy Gray while in police custody. Most newsrooms might’ve referred to the incidents of people taking to the streets as “riots” or “protests,” but referring to them as an “uprising” might be an indication of a newsroom that understands both the issue at hand and the longstanding unrest between African American residents of Baltimore and their police force.

Meredith Clark, an assistant professor of digital and print news at the Mayborn School of Journalism at the University of North Texas, stresses the importance of diverse newsrooms, both for volatile and fast-changing incidents like what happened in Baltimore as well as coverage of day-to-day life.

“The composition of our country is changing,” she said. “The makeup of the people who make up the United States is changing. As we increasingly look in our own communities and then to world around us, you want to have people on your staff who can express what’s going on in those diverse communities in a way that’s culturally competent. You want to be able to connect with your community and reflect their interests and their concerns. Having people in the newsroom who know those communities and are in those communities and can make that plain for your readers is important. That’s a matter of maintaining strong connections between news outlets and the communities they serve.”

Referring to the protests in Baltimore as an “uprising” instead of rioting is a reflection of someone who was “paying attention to the conversation being had in minority communities about civil disobedience and about civil disorders around the issues of police brutality,” Clark said. “That means someone’s been paying attention to that conversation on social media, they’ve been paying attention to activists, to the people who have come out to participate in these demonstrations. Where you see people aren’t paying attention is when you hear the word ‘riot.’  Being able to make that difference is reflection in not only having a diverse staff but also having the connections you need in the community to do a really good job in telling their stories.”

Word selection, in addition to a knowledge of the underlying problems that sometimes come to the surface during situations of civil unrest, makes for valuable, meaningful coverage when readers need it most, Clark said  It’s also the mark of a good reporter and good journalism, as is willingness to go back after the fact and contextualize what happened and to listen to feedback from the community and audience.

“You can listen very closely to what is being said, who is being talked about, and find out some of the other issues you should be taking a look at, other people who might otherwise be overlooked,” she added. “The newsrooms that do that very well are the ones who are in touch with social media and know whose voices should be listened to.”

Clark is currently working with Deen Freelon of American University and Charlton McIlwain of New York University on “Social Media for Social Justice: #Blacklivesmatter as 21st-century Civic Engagement”, a grant project from The Spencer Foundation that’s looking into the rise and impact of #Blacklivesmatter movement.

#181 – International journalism in the time of digital disruption