In just a few years’ time, it will be tricky to distinguish a data journalist from a more traditional one, predicts John Burn-Murdoch, and it’s an evolution he’s witnessing from the inside. 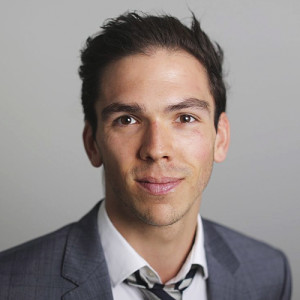 John Burn-Murdoch is a data journalist with the Financial Times in London.

A data journalist with the Financial Times in London and a lecturer in City University there, Burn-Murdoch got his start in journalism in a fairly common way: he began working for his university’s newspaper and, after graduation, landed a gig at The Guardian. This was around the time of the riots in London in 2011, and he found himself embedded with their data team.

“I quickly realized this combination of finding and telling stories … (and) the quantitative aspect of it was something I’ve fallen into at exactly the right time and exactly the right way,” Burn-Murdoch said. “It was combining my passion for journalism with some new skills. It was a match made in heaven.”

The small team of reporters, led by Simon Rogers, who later worked for Twitter before landing at Google, was responsible for producing three or four articles per day, complete with charts, graphics, numbers, any way to tell a story with a heavy dose of data.They had to keep pace with the news cycle, which led to the development of a knack for figuring out how a story would go over the course of a day.

“When you’re trying to tell stories with numbers, you can almost predict which direction the news is going to go in,” he said. “You’re going to have to spend time and collecting data and analyzing it. You need to be almost second guessing what silly politician is going to say what next.”

But what’s the difference between a data journalist and digital or traditional journalists?

“Less than people think,” Burn-Murdoch said. “Going forward, we may, in five years or so, find that a lot of people who today would define themselves as data journalists are simply digital journalists, people who tell stories and happen to use various tools along the way.”

Today, however, there are back-end data journalists, who use a technical knowledge of a specialty area, like numerative or image analysis, to find stories in data. There are also front-end data journalists, “someone finding stories from somewhere (and) using data to tell the story,” he said. “Some visuals, interactive storytelling, perhaps in the way they combine audio, visual and that kind of production at the front end.”

Examples of data journalism projects at the Financial Times

Newspapers and newsrooms of all stripes are realizing the power and importance of data journalism, Burn-Murdoch added. Take the Financial Times, which uses data analysis to report on the potential economic impact of climate change or the Islamic State.

“The bottom line is that our readers are generally from the business world but they still are about the bigger picture,” Burn-Murdoch said. “ISIS activities might dictate moves in the oil market, that kind of thing.”

The publication has started incorporating dashboards and charts which are frequently updated in order to keep readers up-to-date at a glance. “It gives you a snapshot across different sectors, what’s going on in the economy of your country of choice,” he said.