It’s Oscar season and Jason Fraley is all packed and ready to go to L.A. for the big night.

As entertainment reporter for WTOP radio, Fraley got his start as a morning drive-time movie critic at the station before moving up to entertainment editor about 18 months ago. At first, it seemed a daunting task: Fill a calendar with appointments, interviews, concerts, shows, movies and other cultural happenings around Washington, D.C. 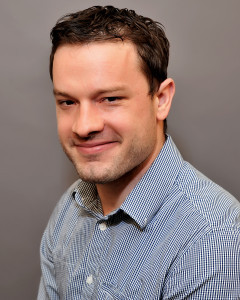 “You do a great interview with some celebrity and then you post it, and you want to sit back and enjoy it,” he said. “But then you see there’s 25 more days on the calendar” in that month, so there’s no time to rest.

Now he’s struggling to determine which opportunities to turn down, instead of hunting for things to cover.

“There’s no shortage of stuff going on in town,” Fraley said. “D.C.’s almost underrated as an entertainment town. … There’s always some kind of national award going on,” or celebrities coming into town to drop off props and sets from their TV shows, as was the case recently with Jon Hamm from Mad Men and Vince Gilligan, Aaron Paul and Bryan Cranston from Breaking Bad.

Still, sometimes the job demands out-of-town travel. While Fraley has live-tweeted award ceremonies like the Golden Globes and the Academy Awards, this year he’s going to the big show himself. “We’ll be doing live shots out there for the first time,” he said.

Among the movies he’s hoping might bring home Oscar gold: Spotlight, the movie about the Boston Globe’s investigative reporting that caused massive controversy in the Catholic Church; Room, about a mother and son isolated from the world in a single room until breaking free; and Love and Mercy, a biopic about the Beach Boys’ resident troubled genius, Brian Wilson.

“I thought it was a really gutsy, timely, daring filmmaking,” he said.

And as for the controversy surrounding this year’s nominees, namely the lack of diversity among the top acting awards, Fraley said that while “winning an Oscar is supposed to be hard,” the bigger problem is the uniformity among the people who make up the committee that selects nominees: overwhelmingly older white men.

“The people that vote for these things should be somewhat representative of the population,” he said. “To me, the bigger problem is, I think, giving access to people of color to make movies in the first place. I think that what’s being fed into the awards season, the festival circuit, is sort of a narrow representation anyway.”

On this week’s It’s All Journalism podcast, producer Michael O’Connell talks to Jason Fraley of WTOP radio about covering the entertainment beat in Washington, D.C. They also discuss Fraley’s favorite movies from 2015, the lack of diversity among this year’s Oscar nominees and his upcoming trip to Los Angeles to cover the Academy Awards.

Learn how to make a podcast

#189 – How publications can thrive online