This is an unusual election cycle, surely, but in some ways it’s more of the same.

While neither party has officially crowned its nominee, it’s apparent both parties are starting to focus on the likely candidates, and the way votes are weighted in states will soon make it hard for anyone who’s not the front runner to catch up, said Gabrielle Levy, a political reporter with U.S. News and World Report. 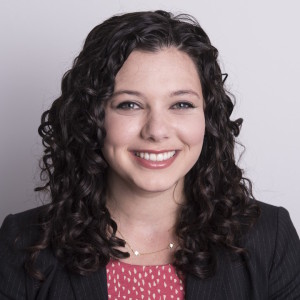 Gabrielle Levy is a political reporter with U.S. News and World Report.

The Democratic Party divides all delegates based on the proportion of votes received by a candidate. While Bernie Sanders is expected to win Vermont and do well in some Midwestern states, he’s likely reaching a tipping point where he’ll stop presenting a real challenge to Hillary Rodham Clinton.

And, of course, the entire conversation on the Republican side is Donald Trump.

“I’m not thrilled with how that race has been covered,” Levy said. “From a particularly journalistic standpoint — it’s frustrating to see how shallow the coverage has been and lacking of substance. It’s been about the show, and that has a lot to do with who the front runner is. He’s a showman. He’s playing the news media, particularly the cable networks, like a fiddle. We’re not pushing hard enough on him as well as the other candidates on what it would be like for that person to become president of the United States. I don’t know what Donald Trump would be like as president, do you? He’s given almost no indication of what he would be like as president, other than completely unpredictable.”

In many ways, however, even with Trump’s unpredictability and talent with evading questions and remaking his own statements, this election is demonstrating that the Republican Party continues to struggle with its difficulty in bringing non-white voters to its table.

Minority groups, particularly Latinos and African American women, are becoming an increasingly powerful based on their numbers alone, Levy said. But when the apparent front runner comes to the stage in Nevada and claims he won the night thanks to Latino voters, it’s a misrepresentation of the actual population, she said.

Following the 2012 election, the Republican Party gauged its health with minority voters, realizing Mitt Romney never came close to defeating Barack Obama. The party identified shortcomings among Latinos, African Americans and young, unmarried women but have done almost nothing to fix the situation and appeal to those voters.

“They’ve really not shown much interest or ability in fixing the problems that they themselves highlighted four years ago,” she says. “It’s hard to see how, if demographics are destiny, how they win in November or in any subsequent year, unless they’re able to find a way, a message, a platform, that can convince more African American and Latino voters in particular to come to their side.”

On this week’s It’s All Journalism podcast, Producer Michael O’Connell talks to Gabrielle Levy, political reporter for U.S. News and World Report about the highs and lows of the 2016 presidential campaign. They also discuss how woman are portrayed in the media and how some journalists would never consider describing a male candidate as “shrill”.