Writing about Caitlyn Jenner’s transition does not signify the end of a newsroom’s work when it comes to the transgender community. 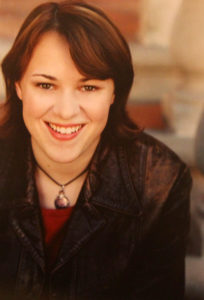 Undoubtedly one of the biggest stories ever in that community, thanks to Caitlyn Jenner’s status as an elite athlete and affiliation with the Kardashian family and reality show, the unveiling of and introduction to Cait should be a watershed moment for mainstream media, suggests Sara Morrison, a former senior writer with Boston.com and assistant editor for the Columbia Journalism Review. In a recent piece for Nieman Reports, Morrison takes a step back to look at how journalists and newsrooms around the country can use Caitlyn Jenner’s story as a starting block for covering the transgender community.

“Caitlyn Jenner coming out was a huge story and the highest profile transgender person” last year, the argument could be made, she said. Now that same-sex marriage is legal, thanks to the Supreme Court, it’s possible stories about transgender individuals will become a new chapter in the civil rights narrative. “Transgender people are more visible in the media than ever. I think there are more ways than ever for the transgender community to make its voice heard, even if the mainstream media doesn’t cover them.”

The alternative press world, as well as LGBTQ publications, have been at the forefront of telling these stories, of course, but the mainstream media can’t point to coverage of Caitlyn Jenner and say their work is done.

“If you’re only writing about Caitlyn Jenner, you’re basically missing everything else,” Morrison said.

If a publication has written a story about a transgender person, odds are the story focused on a person’s transition from the gender they were born to the gender with which they identified, Morrison said. In talking with a senior editor at Nieman Reports, the focus of what happens next came up. “There’s decades after the transition to cover,” she said.

In her work, Morrison includes a story from Fusion, which, “like a lot of newer websites, generally are trying to do a lot more work on marginalized or smaller communities,” Morrison said. In this piece, the reporters “had the triple threat of, you have to interview somebody who’s been sexually assaulted, who’s an undocumented immigrant and is transgender. Each of those alone could make them very reluctant, understandably, to talk to the media, and in some cases all three.”

What happens to someone who has been living in the country without the proper paperwork and is detained, with nothing to signify that they are not the gender with which they identify, she asks.

“That’s a huge opportunity for them to come across a lot of problems, which they do,” Morrison said, of the detainees. “Another thing about the story which I liked was, they wanted to use data. In general, when writing transgender stories, there isn’t any. The official sources we’d normally use, like the census, transgender isn’t on it. [The writers at Fusion] had to figure out a way to get some numbers out of what they had to show the gravity of the problem.”

Some of the women interviewed in the story had been in the U.S. for a while and were connected with the Fusion reporters through an advocacy group of some kind, Morrison said. Many had already told their story to someone, which might have helped them become more willing to speak to a reporter. But talking to a reporter is different from talking with an advocate. Then again, “any story you have about a sensitive topic with subjects that you need to earn their trust, that’s what you do. I don’t think that’s super different from anything else. The journalists I talked to … were very willing and eager to make sure their subjects felt comfortable to tell their story in an environment where they felt they could trust [the reporter]. I think they put their trust in the right place.”

Also important: the use of the correct pronouns. Morrison points to Diane Sawyer’s interview with Jenner: At the time of the interview, Jenner had begun to transition and used male pronouns when self-referencing. To shed light on this and related topics, GLAAD has a reference guide on transgender issues for journalists. In addition, Morrison includes a glossary of transgender terminology in her story gleaned from GLAAD’s guide and other sources.

On this week’s It’s All Journalism podcast, producer Michael O’Connell talks to freelance writer Sara Morrison about how journalists can cover transgender issues in the aftermath of the Caitlyn Jenner story. They discuss an article Morrison wrote for Nieman Reports that examines how several news outlets took extra steps in order to find new stories to tell about the transgender community beyond transitioning.