Paul Watson just wanted to show people the forgotten unrest in Somalia. Instead, he became haunted, tormented and the winner of a Pulitzer Prize for a photograph that made the world sit up and take notice.

Years later, playwright Dan O’Brien heard a story on NPR’s Fresh Air in which Watson explained the story behind the iconic photo, of the mutilated corpse of an American soldier carried through the rubble-filled streets, and instantly felt a kinship and connection with Watson. Now, he’s written a play about the photo, the photographer and the struggles they unexpectedly share. 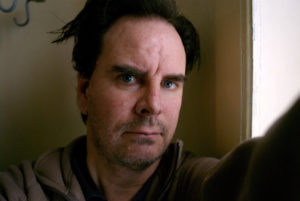 Watson hasn’t seen the play, The Body of an American, and has no intention to do so. “There’s a few reasons for that. The simplest is it scares me,” he said. “It’s about things I’ve spent a long time trying to forget. It’s very painful to even think about it and speak about it, let alone sit in a chair and relive it as I watch people act it out. I’m just not going to go there.”

His words, from emails and conversations Watson had with O’Brien, populate much of the dialogue in the play. “Even though it’s also a play set in verse, to complicate things, but it’s trying to be very close to a docu-drama,” O’Brien said.

While on assignment in Somalia, while the rest of the world was paying attention to the revolution in Boris Yeltsin’s Moscow, Watson spent his nights drinking beer and occasionally smoking pot in the mostly abandoned hotel where he lived. The rebels in Mogadishu somehow gained control over some rocket propelled grenades and started shooting them at helicopters.

“At first they were ineffective, but they finally shot one down, and this was before the events of Oct. 3-4, which people will know from the great movie Black Hawk Down,” Watson recalled. When the first helicopter crashed, “American body parts were paraded down the streets of Mogadishu. I reported on that, I took photos of people holding body parts … and the Pentagon denied it. When it happened on a much bigger scale, I was determined to have proof that time so they couldn’t deny it twice.”

He took two photos of the body of Staff Sgt. William David Cleveland Jr., one of his full body and another of just his naked torso. The second photo was snapped after realizing the first one “showed part of his genitals and I realized no one would publish it, probably because people have a greater aversion toward the human body, it seems, than the desecration of a corpse.” The images only made it to the hands of his newspaper in Canada because a bureau chief friend with the Associated Press agreed to one specific condition: Watson requested the film not be sent to Canada, so none of his paper’s competitors could run his work. 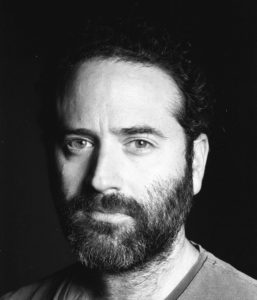 The image was “moved around the world by the Associated Press not because I worked for Associated Press but because I needed a way to get the film developed and then images transmitted to my newspaper in Canada,” he recalls. “I had no sense (the AP) was going to touch it. All I wanted was to get the image to my newspaper and then have an argument with an editor to try to persuade him or her to publish it.”

Later that night, the long-silent phone in the deserted Reuters office rang. On the other end was a Newsday reporter calling for more information on the photo and what was happening in Mogadishu. Eventually the reporter realized Watson wasn’t aware of what was going on with the photo and asked whether Watson knew the impact the photo was having.

“I literally collapsed on the line. It’s the first memory I have of a traumatic reaction that I’ve had many times since. … I just wanted people to know. I wanted them to see what was happening and pay attention and do something about it. Impact, to me, was the wrong word.”

In recalling the events of the day, Watson said he heard the voice of the dead young solider: “If you do this, I’ll own you forever.”

This week, It’s All Journalism Producer Michael O’Connell talks about the milestone 200th-episode podcast with two special, in-studio guests. Then, the podcast focuses on an interview with Pulitzer-Prize-winning photojournalist Paul Watson and playwright Dan O’Brien. They discuss a play O’Brien wrote about Watson’s experiences covering war zones. Theater J in Washington, D.C., is presenting performances of the play, The Body of an American, through May 22.