For the aptly named Louise Story, executive producer of Facebook Live at The New York Times, one new option to consider includes bringing readers along on tours. 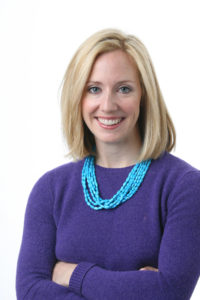 To encourage interaction with its audience, The New York Times has started having its reporters create “live interactive journalism” by turning on the video function of their cellphones and inviting people to come along, whether on a stroll through a park, in an open-air market on the other side of the world, or to watch as someone turns himself in to police.

“This is a tool that can be used by people all over The New York Times,” Story said. “A lot of times when you see fancy things happening in the digital space, they’re being done by people who know how to code, or with a lot of fancy equipment and a lot of skill. That’s exciting too, but this can be done by anyone. You shoot this with your cellphone. … I know a lot of reporters want a way they can get involved in innovation, experimentation, reaching out to our audiences more closely. This allows for that.”

In fact, most companies experimenting with non-traditional video streaming or interactive digital journalism aren’t broadcast TV networks but those that might be smaller, more nimble and willing to throw the doors open to readers, or in this case viewers, to help tell the story.

One reporter went on a trip to Hong Kong recently and did a handful of video streams while he was there, content exclusively for the Times’ Facebook page. “We also kicked off a couple serials that are also native content for Facebook, including Gretchen Morgenson, a longtime financial columnist, is doing one on whistleblowers, and another called ’30 Under 30,’ about creative, fascinating people under 30 who you may be hearing about in a few years, doing something big,” Story said.

The bigger picture here not only pushes the boundaries of journalism, changing the formula from simply presenting information to actively responding to questions, comments and suggestions from the audience, but also the idea of what “content” is and when it could be considered “complete.”

“I think this is a transformative moment in the media,” Story said. “In general, media has been one-way: TV comes out of the box at you, newspapers got dropped on your doorstep. Still, newspapers on a website, they’re putting it out there and you consume. At the root of it, if news organizations do it right, the content you see in the video is this circular feedback loop of involving the audience. It’s two-way.”

With a live video from someone’s cell phone, it also changes the idea of what might be considered the most engaging or important part of a stream for capturing the audience’s attention. “Traditional online video, you think primarily about the start being the most important because otherwise people won’t continue. With live video, the audience comes in over time. They might come in on minute 10 of a 20-minute interactive journalism segment … the timing and cadence and the entire approach is different.”

On this week’s podcast, It’s All Journalism producer Michael O’Connell talks to Louise Story, executive producer of Facebook Live at The New York Times. They discuss what the Times has learned in its first four weeks live-streaming video content on Facebook.