The allure of being a foreign correspondent is understandable. The job requires a young writer to fly around the world, bouncing in and out of exotic locales, chasing down incredible tales in gorgeous settings before taking off for the next adventure.

But so often, young, inexperienced journalists have no idea how to do the job they’re chasing, leaving them to get into trouble or find themselves in harm’s way. Peter Klein knows a little of this world.

Peter Klein in the field

“I kind of got involved in journalism for two mostly bad reasons and one mildly good reason,” said Klein, a professor at the University of British Columbia and director of the Global Reporting Centre there. “I couldn’t decide on a major in college. I studied wildlife science, I studied pre-med, I studied math, music, philosophy, economics, and I basically couldn’t commit. I thought, well, journalism is kind of a great way to do everything. You can basically study everything. In a way, you’re a student for life.”

The other sort of bad reason: he never liked being a tourist in a new city, but he really enjoyed traveling. Journalism was a way to travel and let someone else pay for it.

The good reason? “Some of my heroes were journalists. Woodward and Bernstein, like so many other people of our generation, that was the pinnacle of journalism,” he said. 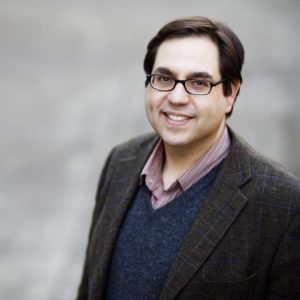 Peter Klein is director of the Global Reporting Centre.

When Klein was a student in journalism school, one of his professors, Trevor Rowe, taught a class in international reporting. The class met at the UN, because Rowe was a stringer for the UN, in addition to NPR, The Washington Post and, as he was a Canadian, the Toronto Star and the Canadian Broadcasting Corporation. The students weren’t able to travel abroad, but “it definitely stuck with me: If you want to do this kind of work, you have to go into the field and get some experience,” Klein said.

This includes starting out with too broad a view of journalism. If a young reporter has developed expertise in an area, even just a little, it will help cut through the noise. “The media is so saturated right now, in some ways it’s harder than ever to cut through all that noise, and most of it is noise,” Klein said. “If you can really distinguish yourself and really do something different and special, you can actually cut through that noise.”

When he was just starting out, there was no internet for freelancers to publish their stories — the idea of freelancing was much different. “Now you can make your name just blogging, if you’re doing really interesting stuff.”

The goal of the Centre is to help young writers gain not just some experience but help them understand the importance for new and different ways to approach what Klein calls “undercovered stories.”

On this week’s It’s All Journalism podcast, producer Michael O’Connell talks to Peter Klein, award-winning journalist and director of the Global Reporting Centre. They discuss solutions journalism and the Centre’s efforts to report global stories that fall between the cracks of mainstream media coverage.

#181 – International journalism in the time of digital disruption