It might not be a time machine, and it might not heal all wounds, but a project at Emory University is working to try and bring a little justice to victims of racially motivated crimes during a particularly ugly period of U.S. history.

The Georgia Civil Rights Cold Cases Project is, at the heart, “an examination of Georgia history and, by extension, Southern history, through the prism of racially motivated, unsolved and unpunished murders that took place in the Jim Crow era, the modern civil rights era,” from World War II through the late 1960s, said Hank Klibanoff, the James M. Cox junior professor of journalism at Emory. He’s one of many speakers on deck for this year’s Association of Alternative Newsmedia’s annual conference, scheduled for July 7-10 in Austin, Texas. 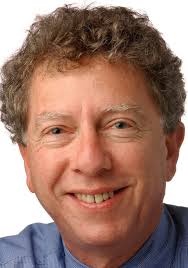 For the past five years, Klibanoff and other professors have been working with students from various majors and programs of study to help find information that could bring to justice perpetrators of these terrible crimes. Together, they uncover and analyze records from local, state and federal sources and organizations like the NAACP, in addition to family history documents in the hopes of finding enough information to bring about charges, should the perpetrators still be alive.

The project has its roots in an effort in the early 1990s by a Mississippi reporter who uncovered the names of people believed to have committed crimes during the civil rights movement but had either not been prosecuted or could be retried for their actions.

“It began with the goal, I’m sure, these various cold case projects, of finding living perpetrators and finally bringing them to justice,” Klibanoff said. “If we do that, in my class at Emory, if the students are able to locate a living perpetrator, we’d make that known, we would publish that and hope that law enforcement would take appropriate action.”

But that’s not necessarily the end goal, he explained. “What I’m trying to do is teach the historical context of what happened and we don’t need a living perpetrator to do that. While these kinds of projects began because they thought they could bring these old Klansmen to justice, I think it needs to be cast in such a way that it can be a teaching mechanism for years to come.”

There’s already been some success.

The family of Isaiah Nixon had been driven from their home shortly after he was shot and killed in his front yard because he dared to vote. When his family finally felt it was safe to come back and find his grave, they couldn’t. For 67 years it remained lost, until one of Klibanoff’s students found Nixon’s daughter and brought her to Emory from her home in Florida. Immediately, three students said they wanted to return to the town where Isaiah Nixon lived to search for him. After some negotiating, Klibanoff drove the students down and, after a short search, one of the students found the headstone. It was crudely carved and had been covered by leaves and branches, but it was there. The two men who killed Nixon? One was acquitted and the other never faced a trial.

“The students get totally involved in these cases,” Klibanoff said. “This is the course that they’ll put their work for other classes aside for. This seems to be the one that really gets their attention and holds it and draws out their passion.”

On this week’s It’s All Journalism podcast, producer Michael O’Connell talks to Hank Klibanoff, the James M. Cox junior professor of journalism at Emory University, about the Georgia Civil Rights Cold Cases Project. He discusses some of the tools students are using to investigate these decades old crimes. Klibanoff will be one of the keynote speakers at the Association of Alternative Newsmedia’s annual conference, scheduled for July 7-10 in Austin, Texas.