Reporters are tasked with telling the story of a situation, collecting facts and being cautious in recreating events. When the assignment is covering the shooting of a person of color by a law enforcement officer, the stakes are even higher because every word written will be subject to scrutiny.

A trio of organizations dedicated to social justice and improving race relations — Advancement Project, Race Forward: The Center for Racial Justice and The Opportunity Agenda — recently issued a series of guidelines and suggestions for reporters covering police-related shootings and deaths with the intention of helping reporters tell better, more equitable stories while keeping the history of racial tension in America in mind. 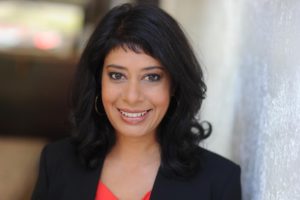 “In a report Race Forward put out a couple years ago, called Moving the Conversation Forward on Race, a couple of things that we identified (that could be considered) harmful media practices include the problem of losing the system in writing the story,” said Rinku Sen, president and executive director of Race Forward: The Center for Racial Justice Innovation, and the publisher of Colorlines, an affiliated news site. When reporters individualize what has happened, he or she might try to pin a story on whether the officer is racist or has a history of racist actions. “If the reporting doesn’t go beyond that one question, what was in the mind or heart of the officers involved in the shooting of a black person, for example, the reporting doesn’t get us to what the systems are like. There has, in fact, been a fair amount of decent reporting out of the mainstream media about policing as a system, but the initial stories after a shooting tend to not be about systems.”

The high-profile deaths of Trayvon Martin, Eric Garner and others has brought to light something Sen asserts has been going on, out of the public eye and scrutiny, for a long time. “We know that there’s a systemic problem that leads to the killing of black and brown people by police officers,” she said. But it would be a false equivalent to say there’s a similar longstanding situation with law enforcement officers. “There is not yet evidence of a systemic war against the police.”

The guidelines released by the three organizations include what could be considered some basic principles for good journalism, she said. Reporters and editors should not rush to find or publish the mugshot of a shooting victim. If the life of the person who was killed is investigated in depth without calling into question whether the officer who shot the victim has a history of violent incidents, any racist actions or comments and details about their life prior to joining the police force also must be brought to light. 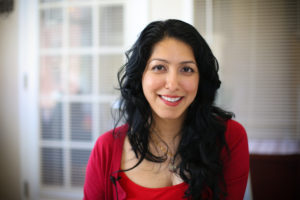 It’s important for reporters to “take time to stop, reflect back and think about how unconscious bias is playing out, both individual reporting and larger sight line,” adds Juhu Thukral, director of law and advocacy for The Opportunity Agenda.

The guidelines are meant to be “a reminder to go back to what are your ethical obligations as a journalist in terms of telling a story, telling the specific story of this moment, this shooting, but also putting it into the larger context for your readers that recognizes the history of racial injustice, of racial tension, of history and the current moment of nonviolent protest and movement building,” she said.

The same goes for covering instances of sexual violence or human trafficking, Thukral added. “What we see over and over in that area as well is there is often this rush to tell the most titillating story.”

There’s another challenge that might be leading reporters to write more sensationalized articles: Fear of losing their jobs.

As more reporters are freelancing, instead of having solid, consistent jobs as a staff writer for a publication, there’s “this need to create, whether it’s clickbait or to bring eyeballs to your story so you can keep functioning financially. I think that’s a big piece of it,” she Thukral.

Editor’s Note: In this week’s podcast, Juhu Thukral mentioned Harvard University’s Project Implicit, which studies implicit bias within individuals. To find out more about the project or to take a test to determine if you have implicit biases, go here.

On this week’s It’s All Journalism podcast, producer Michael O’Connell talks to Rinku Sen, president and executive director of  Race Forward: The Center for Racial Justice, and Juhu Thukral, director of law and advocacy for The Opportunity Agenda, about series of guidelines and suggestions for reporters their organizations and the Advancement Project recently released. They discussed the responsibilities journalists face in covering acts of violence involving the police and people of color.