America has needed, desperately, another Edward R. Murrow to come to the forefront now and declare plainly the danger posed by Donald Trump as potential president of the United States.

In a compelling argument for the Columbia Journalism Review, David Mindich, professor of journalism and media studies at St. Michael’s College in Vermont, spells out the need for journalists to stop pulling punches and start speaking clearly to the American people, in as non-partisan a way as possible, about what the country would look like under President Trump. As Murrow said during the height of Sen. Joseph McCarthy’s pageantry trying to “out” members of Congress as communists in the early 1950s, “He didn’t create this situation of fear — he merely exploited it, and rather successfully.” 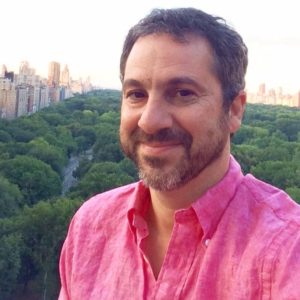 Journalists pride themselves on being able to write and report the news in such a way that their audience doesn’t know how the journalist would vote or his or her political leanings.

“Typically, a candidate makes a claim and that’s reported dutifully. To balance that claim, journalists might get another claim from the other side,” he said. With the issue of global warming, journalists don’t feel they need to balance it with claims that global warming or climate change is a fabrication.

In this election cycle, Trump was such an unusual candidate, journalists wanted to cover him because he was a “novelty,” Mindich said. “Early on in the campaign, the statement about John McCain not being a war hero because he was captured was really an unusual for a mainstream candidate to make.” As things have progressed, and Trump’s claims and statements have gotten further from the accepted and expected norms of political discourse, that has presented a challenge.

In the present day, Mindich writes for CJR, “these modern-day Murrow moments carry less impact: Long gone are the days in which a vast majority of eyeballs were tuned into the big-three television news programs. But we nonetheless are witnessing a change from existing practice of steadfast detachment, and the context in which journalists are reacting is not unlike that of Murrow: The candidate’s comments fall outside acceptable societal norms, and critical journalists are not alone in speaking up.” He outlines a handful of occasions in the past few months in which, during the course of a televised debate or interview, Trump was asked to explain himself, whether for his previous comments about women, a volley of insults about the wives of candidates or implied racism, all of which Trump did his best to deflect, deny, disarm.

“It’s very easy to kind of follow that siren call to Trumpland. We’re seeing it today, even post-convention; we’re seeing, for Clinton to make news, she needs to talk about Trump,” he said.

In this week’s It’s All Journalism podcast, producer Michael O’Connell talks to David Mindich, professor of journalism and media studies at St. Michael’s College in Vermont, about his recent Columbia Journalism Review article: “For journalists covering Trump, a Murrow moment“. They discuss how the 2016 presidential race has some journalists re-examining the long tradition of objectivity and balance in covering politics.