On the urging of a source, Jim Heaney looked into the request for proposals (RFP) for the construction of a massive solar panel manufacturing plant on an industrial plot of land in South Buffalo, New York. He found in the language a stipulation that any development company interested in submitting a proposal must have been in business in Buffalo for at least 50 years in order to be considered.

The only company that fit the bill was owned by one of the governor’s top campaign contributors. When he called the governor’s office to ask about the language, Heaney was told it was a “clerical error,” a “typo” and nothing more, and that it would be fixed. 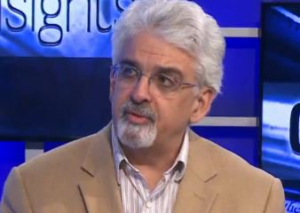 Two-and-a-half years later, nine top advisers and staff members of New York Gov. Andrew Cuomo have been indicted into bid rigging and other potential corruptions in what’s been labeled as the “Buffalo Billion” project, one that Cuomo has touted and flaunted as a benevolent way to help Buffalo get back on its economic feet.

Heaney was a reporter with the Buffalo News for 25 years before taking a contract buyout and starting Investigative Post in 2012. With a team of five writers and staffers and four contractors, Investigative Post is the only news outlet in Western New York focused exclusively on watchdog journalism, and the indictments handed down on Sept. 22 can be tied back to an article Heaney published in December 2012.

The Buffalo Billion program is a point of pride for Cuomo and the city of Buffalo itself, and “Frankly, there’s been a lot of cheerleading in the local press about this,” Heaney said. “We’ve been the ones pointing out all sorts of problems with transparency, promises not kept, doing the things investigative reporters do. It’s gratifying to see our work has led to an effort by the U.S. Attorney to try to clean up the corruption he’s uncovered during his investigation.”

After taking care of the “clerical error” in the original RFP, Heaney asked the governor’s office for more information on the vetting and review process for the submissions after the sole company that met the 50-year threshold was awarded the contract, even though other development firms submitted lower bids.

“I was dealing with Alain Kaloyeros, the governor’s point guy on this, and said I’d like the paperwork to document the process,” Heaney said. “I was completely stonewalled for six months on it. The state went to ridiculous lengths to deny me information, access to people, etc. I wound up doing a story in December 2014 on the lack of transparency, the 50-year requirement, the great, extraordinary lengths they went to to try and thwart my reporting.”

Heaney, whose team has started racking up awards for their work, stresses that there’s “no magic in what I did, you just do what reporters do. You ask questions and keep digging and when people try to deny you information, you dig in your heels and go after it that much harder.”

On this week’s It’s All Journalism podcast, host Michael O’Connell and website editor Amber Healy talk to Jim Heaney about launching Investigative Post, a watchdog website sniffing out corruption and speaking truth to power in Western New York. The Post’s 2 1/2-year investigation led to the recent indictments of nine members of Gov. Andrew Cuomo’s administration over bid rigging and other potential corruption.