It may seem like an obvious point, or counterintuitive, but the key to a good sounding podcast is giving it a listen in different locations.

Chris Curran, a podcast producer and founder of Fractal Recording and the Podcast Engineering School among other endeavors, said that while having content worth listening to is the number one factor when setting up a podcast, it’s important to use the tools at hand, and some common sense, to make a podcast that’s enjoyable to listen to from an audio quality standpoint. 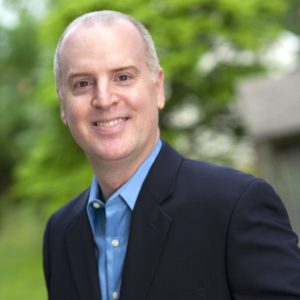 Chris Curran is the host of the Podcast Engineering School.

“A lot of people who are getting into podcasting, especially if they’re a little more technical in nature, they really can go overboard with their audio,” he said. “They can stress over buying a microphone for three months or they can stress about their workflow and their equipment and their mixer. There is a danger of focusing too much in the beginning on the technology and the microphone. … You can have the tools. You can have a hammer and nails, but you can do a really crappy job building something. You have to know how to use the tool.”

Equalization of bass and treble is vital, he said. Some producers want to boost the bass, thinking it’ll add a deeper, “radio voice” quality to a recording but there’s a danger in that approach of making the recording sound “muddy,” he said.

Secondly, when possible, podcasters should use separate channels to record guests and mix them together later in the final edit, in order to make sure louder, more booming voices don’t overpower quieter ones. There are services, like Auphonic, that can help tweak recordings to bring loud and soft voices to the same level.

And to check your work, he encouraged podcasters to listen to their recordings on a phone, on a wireless speaker, with headphones, with earbuds, in a car.

“If you listen in the car, that’s when you’ll notice the bass. You’ll be like, ‘Oh my god, there’s all this low end. It’s so muddy and it sounds so huge and almost unintelligible,’ because in your car you have big speakers with better bass. … Let’s say for the first 10 episodes, if you take every episode for the first 10 episodes and listen in different places and then make tiny adjustments for the next episode, you’ll dial it in over 10 episodes. You’ll tweak it and then it’ll be really good.”

This week on the It’s All Journalism podcast, host Michael O’Connell interviews Chris Curran, a podcast producer and founder of Fractal Recording and the Podcast Engineering School, about what goes into creating a really great sounding podcast.