When newsrooms downsize, it’s not just a loss of job opportunities for young reporters. It’s a loss of community history and institutional knowledge, leaving new reporters at a disadvantage in more ways than one.

Scott Reinardy, a professor of journalism at the University of Kansas, explores how the changing state of journalism is influencing reporters at all stages of their careers in a new book, Journalism’s Lost Generation: The Un-doing of U.S. Newspaper Newsrooms. 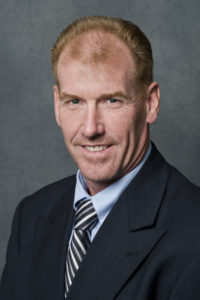 His research began more than a decade ago, during his masters and Ph.D. work at the University of Missouri. A veteran reporter of 15 years, Reinardy says he’s always been “fascinated by newsrooms. It’s such an interesting and eclectic mix of people and characters, people who are really committed not only to a profession but almost a calling, to a sense.”

As he started considering research work for his Ph.D., he wanted to look at the pressures placed on journalist in terms of workload, the expectations of their editors and readers.

“That was before layoffs started,” he said.

The layoffs, by the way, have been staggering: In the past 10 years, it is estimated some 20,000 jobs have been lost through cutbacks and layoffs. Some of those journalists lost more than just a job, deciding to turn instead to a different career altogether.

But that’s not the only generation of journalists that have been lost.

“A second lost generation is the older generation of journalists who have been around for many, many years,” he said. “Not only have they lost a lot of their friends in the newsrooms and are now working in diminished newsrooms, their workload has changed dramatically,” having to take on new tasks including photography, videography and social media. “They’re a little lost in terms of trying to find where they belong in this new era of newspapers.”

The new crop of recent college grads is a third component of lost journalists for myriad reasons.

“They’re walking into newsrooms where the norms and the traditions that have been beholden to newsrooms for decades — or centuries, maybe — has really been shattered. They’re coming into an environment where the landscape is completely different from what it used to be.” Older journalists who still populate the newsroom “don’t have the time or inclination to really acclimate these young people into an environment of ‘let’s produce journalism like this, this is the quality of journalism we produce here at this paper.’ They come in with skills, multimedia and social media skills, which is great; however, when you start talking about what are the norms and expectations of what we’re trying to do each day, that becomes a little more murky that it used to be,” Reinardy said.

Each seasoned reporter takes with her the knowledge gained from working a beat, getting to know a community and the issues important to the people who live there, and without having those insights, younger journalists are at a disadvantage, he adds.

Further, newsrooms themselves aren’t what they used to be, as more reporters are working in the field and posting their work directly online, dissipating the camaraderie and sense of team that was once so strong in newspaper offices. It’s unclear what kind of impact that distance is having on news organizations, he says.

On this week’s It’s All Journalism podcast, host Michael O’Connell talks to Scott Reinardy, a professor of journalism at the University of Kansas, about his new book, Journalism’s Lost Generation: The Un-doing of U.S. Newspaper Newsrooms. They discuss how a decade of layoffs have affected newspaper newsrooms across the U.S. and what that bodes for journalists of multiple generations.

#224 – David Jackson schools us on podcasting