A city with a strong daily newspaper that doesn’t always prioritize local news; a journalism school full of students living in a thriving city telling stories that might not be read outside their professor’s office. 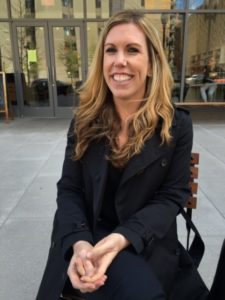 Brooke Van Dam, Associate Professor and Faculty Director of the MPS in Journalism at Georgetown University

Brooke Van Dam, an associate professor and faculty director of the Masters in Professional Studies in Journalism program at Georgetown University, reads the Capstone projects written by graduate students in their final semester of the 30-unit program.

“In the Capstone class, they traditionally worked on enterprise stories, smaller stories that they write for their professor or lecturer. I think that’s super neat. However, I found they’re writing really interesting things (including) a lot about D.C. I thought it was silly I was the only one reading it when they were producing really good content,” she said.

Inspired, Van Dam reached out to Liz Garrigan, the new editor at the Washington City Paper, who was in the process of repatriating to D.C. from Paris after a six-year stretch.

Van Dam’s idea made a lot of sense to Garrigan and the two worked out a system that will begin in January, giving Van Dam’s graduate students the opportunity to have their work published in the City Paper. Not only will it give Van Dam’s students a wider audience, the arrangement will help fill some of the admitted shortcomings in the City Paper’s coverage.

“We’ve had a problem in this industry, and really, if I’m being honest, alt weeklies tend to be a very white workforce,” Garrigan said. “When Brooke first came to me with this idea, among the benefits I thought was to a) recruit young, talented, post-graduated voices, people with a little more seasoning and more maturity, which is always welcome, and to try to nurture that talent and get it in the paper.” 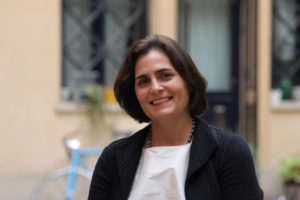 The City Paper wants to “reflect more voices, a different generation,” Garrigan added. “This isn’t for the sake of diversity of color on its own. It’s because people who are different, people who are varied in their backgrounds and their lives, can bring different ideas. There are going to be stories I’ll never come across in this city because I’m an aging white woman with two children.”

The stories will be vetted, first by Van Dam and the program at Georgetown, then by the staff at the City Paper.

At a time when journalism is in the crosshairs of a national debate on what’s a reputable, verifiable source of truthful news and not fake “reporting,” it’s crucial that students graduating from journalism programs know how to do the job they’re setting out to tackle, Van Dam said.

“I think J schools have a tough time,” she said. “There’s not as many jobs out there as there once was. The jobs out there look a lot different. The newsroom is changing,” especially as more news desks are relying on freelance reporters or teams that work remotely instead of all working from a centralized location.

The other problem is that “journalists are their worst PR people,” Van Dam said. “We don’t do good enough PR for what we do. I hope we start advocating for ourselves. Look what happens when we don’t have truthful information. People make judgments based on that (bad or false information) that they might not have made if they had good information.”

On this week’s It’s All Journalism podcast, host Michael O’Connell talks to Brook Van Dam, an associate professor and faculty director of the Masters in Professional Studies in Journalism program at Georgetown University, and Liz Garrigan, editor at the Washington City Paper, about a new partnership that will be kicking off in January in which students’ work will be published in the City Paper. They also discuss the recent presidential election and the challenges J schools and alt weeklies face in developing young talent to report on stories that matter.