Much noise has been made in recent weeks about the proliferation of “fake” or misleading news during the last election cycle. One professor has decided to try to help her students discern real, reputable sources from less-than-truthful ones and, like the old saying goes, it’s not gone unpunished.

Melissa Zimdars is an associate professor in the department of communications at Merrimack College in Massachusetts and had been talking with her students about not only fake news but articles that were misleading or contained a mix of real and not-quite-real facts. 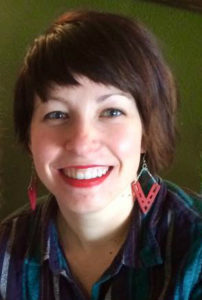 Melissa Zimdars is an associate professor in the department of communications at Merrimack College.

“In a lot of ways, I was more concerned about a gray area of news that combines elements of truth with exaggeration or other kinds of falsities,” she said.

It’s not just a Republican issue or a Democratic one; something conservatives fall prey to more often than liberals or vice versa.

“It’s an issue across the political spectrum,” Zimdars said. “A lot of news entities have been interviewing creators of fake news sites and they’re saying liberals just don’t circulate fake news in the same way conservatives do, suggesting they were creating information to be circulated by people who identified as conservative.”

That some pundits, talking head and political commenters are pointing to fake or misleading news articles as a factor in this year’s presidential election is purely a matter of good timing, Zimdars says.

To help her students, Zimdars created a list, originally shared with her students via Google Docs, outlining the difference between “outright fake news sites, like 70news.wordpress.com” but also “sites that are generally misleading or may contain a lot of unreliable information, but they generally report on actual news, even if their style isn’t in a news style or relies on clickbait.”

The real risk of misleading information is that it can be shared on social networks by people who are trusted, reliable news professionals.

“Even my liberal friends on Facebook, who are journalists and teach journalism, I was looking at sites they were circulating for years in question.”

“Even my liberal friends on Facebook, who are journalists and teach journalism, I was looking at sites they were circulating for years in question,” she said.

When starting work on what became her list – she originally envisioned a searchable document for her students and other journalists to use— she realized the sites in question generally fell into one of three categories: “The first category is just fake. The ones coming from Macedonia, or maybe being created in the U.S. for various reasons. They basically have no verifiable information (and they) may be directly counter to the facts and evidence reported by other news publications.”

The second category is “gray” sites that combine news and opinion, where it’s “not always clear to readers and watchers of these websites” what’s real and what’s manufactured.

The third category is “clickbait stuff, which can include a lot of mainstream publications and news organizations for various reasons. That’s why, ultimately, the resource needs to span the whole continuum of news organizations. These have verifiable and reliable information, even if it’s coming from a political perspective.”

It’s tough out there for journalists and, possibly, even more so for students just starting out. But fake or misleading information makes it tough for reporters as well as consumers.

“There’s enough truthful stuff happening to be angry or concerned about,” she said. “We don’t really need to also put out false information that, if anything, drowns out what we should be talking about.”

On this week’s It’s All Journalism podcast, hosts Michael O’Connell and Nicole Ogrysko talk to Melissa Zimdars, an associate professor in the department of communications at Merrimack College, about the online list she created documenting fake news sites. The discuss how the prolifiration truthful website and how the