Rachel Leibrock woke up feeling sick on Wednesday, Nov. 9. She thought about calling in sick to her job as the editor of the Sacramento News & Review. But after watching Hillary Clinton’s concession speech, she knew that was unacceptable. There was work to be done.

“One of the amazing things about that day was how every single person on my staff came in to talk about what we need to do next, what we do going forward,” she said. “We had these really intense, sometimes teary conversations about what our role was. We got down to brass tacks. OK, we should ditch this story, push it back a week, let’s get an essay in about the election. We ended up ditching our New 1 spread, two full pages, jettisoning that in favor of photos of protests held over the weekend.” 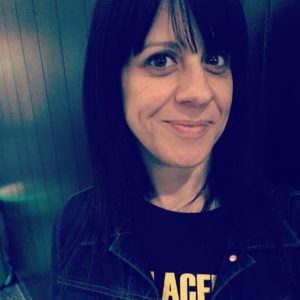 Rachel Leibrock is the editor of the News & Review, an alt-weekly newspaper in Sacramento, California.

Working with a sense of purpose is nothing new to Leibrock, who came to the News & Review after nine years at Sacramento’s daily paper. In 2015, she and her staff developed a project in which philosophers, scientists, reporters and others wrote letters to future generations to address one of two possible actions of the Paris meeting on climate change: Letters reflecting the world if the accord was signed and if it was not.

“We offered our letters up for free to other alt weeklies and invited them to solicit their own letters from their community,” Leibrock said. The letters started publishing just before the meeting took place. Hard copies of many of the letters were also presented to the delegates at the Paris meeting in December 2015 before the accord was signed.

Dozens of letters were received, so many that the paper had to build a designated website to publish them all. Some of the people who were asked to write letters were hesitant at first and weren’t quite sure what they should say. “We’d have a conversation about just how important the accord is and what the future impact could be, whether signed or not, what kind of planet we want to leave for future generations,” she said. “People would get inspired and write these really passionate screeds.”

In the weeks leading up to the 2016 election, Leibrock and her staff decided to revisit that idea, preparing two articles looking at the actions required on climate change both nationally and in California depending on the winner of the election and in light of the Paris accord. While they were “leaning” toward the probability of a Clinton victory, Leibrock asked her reporter, Alastair Bland, if he’d be available the morning after, just in case.

She held off writing an email to Bland throughout election night as the returns came in. Instead, he emailed her around 11 p.m., promising her a revised article the next morning.

“The story has to be revised a couple of times over the next few days because (Donald) Trump was already looking at particular people to run the EPA, someone considered a climate change skeptic. This story in particular, we told other alt weeklies, could run any time between then and the inauguration. So far I think we’ve had 20 papers pick it up.”