Sometimes the only way to get the tools you need is to build them yourself.

Joshua Vaughn is a criminal justice reporter with the Sentinel in Cumberland County, Pennsylvania, and two years ago he started thinking about the information contained within the court documents created every time a person is charged with a crime. Working with a friend, he taught himself to code and built a tool to search those dockets, creating a searchable database that can provide statistics about the crime rate across the state. 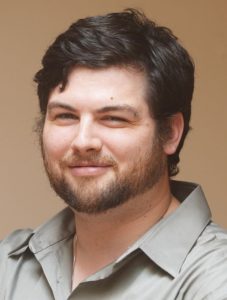 “Where it all really started is, we’re like most newspapers, trying to do more with less people,” Vaughn said. “I thought there was a need and there was something there that could help us out. … As journalists, we have our routines, we have our ways of doing things. We have our data set that we look at, whether crime with dockets or education with reporting of Pennsylvania school profiles. There are things we look at all the time that we use in one way. I wanted to find different ways of using it. It was a matter of trying to take a step back and realize this (information) was there if we could find a way to pull it out.”

Now Vaughn has been writing one data-driven criminal justice article each month, led by or sourced with information culled from the data scraping tool he created. He wrote an article about people who were arrested on drug-related charges or found to have drug abuse issues when arrested and what happens to those people when they’re sentenced to jail time. “I was doing some keyword searches in documents and found several people in there who had died of drug overdoses” while in jail, he said.

In December, he wrote an article looking back at what appeared to be a noticeable uptick in the number of dockets opened in Pennsylvania that year, a 500-case increase in a county that normally gets 3,000 to 4,000 criminal filings each year. While it sounds like a big problem and might be cause for concern, Vaughn used the tool he created to determine things weren’t really that bad.

“DUIs are up substantially, drug crime and arrests were up substantially. The largest portion of drug crime arrests were simple possession, small amount of drugs not for delivery, and people getting charged with possession of small amounts of marijuana,” a separate crime in the state, he said. “Those two alone accounted for about 75 percent of the overall caseload increase.”

On this week’s It’s All Journalism podcast, host Michael O’Connell talks to Joshua Vaughn, a criminal justice reporter at the Sentinel newspaper in Cumberland County, Pennsylvania. Vaughn taught himself coding and built tools that allowed him to scrape data from public records. He shares how this information has both supported the reporting he had been already doing and led to new stories about the criminal justice system.