People can make all the jokes they want about journalism ethics, but it’s something newsrooms take seriously, says Steve Buttry, director of student media at Louisiana State University.

In a new article for www.current.org, Buttry was asked to do a reported piece on editorial integrity and journalism ethics, looking at the issues of private activity compared to public responsibility. 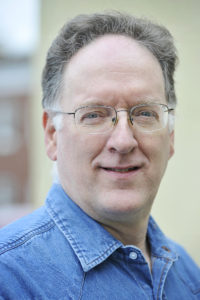 For example, there’s the question of whether journalists who cover local or national politics should vote or get involved in their local party’s efforts. It could just as easily be a question about religion.

“Is it OK to worship wherever you want?” Buttry asked. “Well, of course, virtually everyone agrees with that. But there’s a spectrum within each of the areas I asked the questions about. It’s OK to worship and participate in religious activities in the community. But is it OK to belong to a faith-based group that takes positions on issues you might cover? Many more people had a problem with that issue, with that point.”

Some might be accepting of a person participating in a given house of worship and even holding a leadership role in their congregation, “but not if you’re going to cover it, because religion is sometimes in the news,” Buttry said. “If you’re a religion writer it’s going to affect what you do more than if you’re a political writer, where you just need to take care of those political issues.”

Reporters who restrict their opportunities to become involved in their home communities, whether as a member of the local PTA, homeowners association, congregation, what have you, are shortchanging their own personal life experiences in their community, he says.

“It’s fine to be president of the HOA, but tell the newsroom, ‘I’ve taken on this responsibility, if there are any conflicts we’ll deal with them as they arise,’ and then if they arise, OK, how do we handle it? We need more good conversations about ethics.”

In light of the recent election, Buttry say he wasn’t as involved in this election cycle as closely as in previous years because he was diagnosed with pancreatic cancer last year. Around the time of the election he learned the cancer has spread to his liver and, as a result, he’s stopped treatment.

That doesn’t mean he’s sitting idly on the sidelines and refraining from giving journalists advice on how to conduct themselves.

“Whatever you think about the candidate, there was a repudiation by the voters in this election for the value of fact-based journalism. We, meaning journalists, time and again checked the facts of what the candidates said. Donald Trump was not telling the truth. … The voters kind of shrugged their shoulders and said, ‘OK, but we want him to be president,’” Buttry said. “We’ve got to figure out what is the future for journalism. That independence we talked about, are we regarded, despite our efforts to maintain independence, are we regarded as the liberal media? Should we behave differently to protect our country from this ethic of not caring if people lie? You can like a candidate, but I think if you don’t care whether that person is lying, that’s a pretty serious thing for the country and that’s something journalism needs to work on and figure out. I don’t think we’re there yet.”

On this week’s It’s All Journalism podcast, host Michael O’Connell talks to Steve Buttry, director of student media at Louisiana State University, about a new article he wrote for www.current.org on journalism ethics. They discuss the lines journalists and newsrooms need to draw when it comes to community involvement.