Jason Zaragoza came to Washington, D.C., in the early days of the Obama administration. His journalistic career began during his college years in California while George W. Bush was president.

And now that the Trump administration is starting, Zaragoza is convinced alternative news outlets are more important than ever. 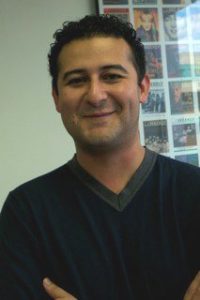 “I really feel like this is the moment we were made for, that alt papers were built to thrive on,” said Zaragoza, executive director of the Association of Alternative Newsmedia (AAN). “We do have this need, especially with the cuts that have happened in dailies over the past several years, the need for solid reporting but also from a point of view.

In particular, alternative news outlets have the flexibility to conduct in-depth research and reporting and remind readers of the historical context of an event without necessarily worrying about offending readers by taking a position.

“One of the things that’s been happening over this election, and post-election, is the way the incoming administration changes the narrative in such a way that it completely changes the terms of debate,” he said. “You can’t get sucked into that. The minute you do, we lose, not just as an industry but as a society.”

Alt publications can brandish their positions unflinchingly, he said.

Zaragoza is also gearing up for AAN’s digital conference, scheduled for Portland this weekend (Jan. 19-21) after a long stretch in San Francisco. There are two host papers in Portland, each involved in helping coordinate this year’s event, as well as a partnership with the University of Oregon, which he says could draw young journalists to the conference and help them get started on the right foot.

On this week’s It’s All Journalism podcast, host Michael O’Connell talks to Jason Zaragoza, executive director of the Association of Alternative Newsmedia (AAN), about why the current political climate might be exactly what the alternative press was designed for. He also discusses the AAN’s digital summit, which is taking place this weekend in Portland, Oregon.