The geography hasn’t changed but everything else about the White House will take some getting used for USA Today reporter Gregory Korte and his fellow White House correspondents.

A few weeks ago, the White House press corps was used to briefings from senior Obama Administration officials before major announcements were made, giving them a chance to digest the information before it was made public. 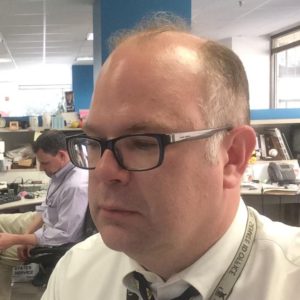 Gregory Korte is the White House correspondent for USA Today.

“There was a predictability and an orderliness to it that even affected the press operation,” Korte said. “With President Trump, it’s much more fly-by-the-seat-of-the-pants, spontaneous. They’re scheduling executive order signing ceremonies before they know what executive order the president is going to sign. What we’re going through is not just a 180-degree shift in policy but really a completely different style even of how they deal with the press.”

The Trump Administration has openly called the press the “opposition party,” Korte says, a “political message” he hopes doesn’t impair the ability of the White House press corps to do their job. “Think about this: They’re going to reporters to tell reporters that reporters are the opposition. They are using us as a foil but, at the same time, they are using us as the means to deliver that message. It’s an awkward sort of position.”

Political reporters who find themselves at the White House have dealt with their share of “cantankerous” politicians and staffers along the way but remain dedicated to doing their jobs. Korte likens the press corps inside the White House as the U.S.-equivalent to Prime Minister’s Questions. It’s not an exact likeness —the Prime Minister goes before Parliament weekly to answer their questions and challenges but without a similar arrangement where the president must address Congress weekly, it’s the reporters inside the White House who rely on access to the president to gather information to provide to the public.

“What we’ve seen in the past week of the Trump Administration is that they’re playing this hurry-up offense. Before we can collect the facts, they’ve moved on to a new executive order or a new policy that they’re announcing,” Korte said. “I think it’s a deliberate strategy to keep us off our toes. We’re trying to keep up as best we can. You see it even in press briefings with Sean Spicer — short questions with short answers,” compared with longer, multi-part questions from reporters and longer, more analytical answers from Obama’s press secretaries.

This administration is unlike any the White House press corps has seen before not only because of Trump’s embrace of Twitter as a platform for sharing his “visceral” thoughts at 3 a.m. but the way in which he orchestrates and uses executive order signing sessions. Obama might have signed an order in private and announced the action later, but Trump creates an environment reminiscent of his time on The Celebrity Apprentice, signing orders with staffers behind him and cameras in front of him. Despite this public display of office, the details of those orders often aren’t immediately known.

“Here’s what we’re resorting to. There are photographers taking pictures of these ceremonies, he loves these ceremonies,” Korte said. “He will sign them and he’ll hold them up for the cameras. What we’ve been doing is taking these wire photos and blowing them up as big as we can — if they’re in focus just right, we can read some of the operative language on these before released by WH or posted on WH website.”

On this week’s It’s All Journalism podcast, host Michael O’Connell talks to Gregory Korte, the White House reporter for USA Today, about covering the first few weeks of the Trump administration. He contrasts the more staid Obama White House to the Trump team’s “hurry-up-offense” approach to handling the press corps.