Journalists in the U.S. are protected by the First Amendment — the importance of a free press was of the utmost importance to the founding fathers, something for which we should all be grateful today.

But what protections are available for journalists in other countries? And what happens when a few bad actors are so offensive and despicable they not only end up killing their publication, but trigger a massive investigation with repercussions so severe it could require all publications register with an independent arbitration body and ultimately have to pay for any and all legal actions against them? 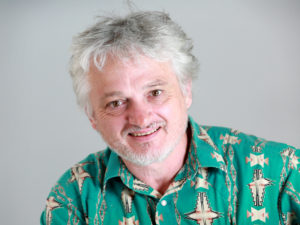 Drew Cullen is editor-in-chief of The Register, a British technology website.

This is the world after the News of the World phone hacking scandal, in which reporters for the publication, owned by Rupert Murdoch (of Fox News fame), were found to have hacked into the mobile phones not only of the British Royal Family but also the voicemail of a teenage girl who’d been abducted and killed.

“News of the World said it was an isolated incident,” but The Guardian didn’t believe it, explains Drew Cullen, editor-in-chief of The Register, a UK-based technology news website. Following The Guardian’s investigation, which uncovered “hundreds and hundreds of examples” of incidents where simple hacking techniques were used to tap into the cellphones of high-profile people. Following the 2011 revelation that News of the World reporters tapped into the voicemail of Milly Dowler, a 13-year-old girl who went missing and was killed, there was a “wave of revulsion. In response, the government of the day set up an inquiry to look at the culture and practices of the UK press.”

Following the work of the Leveson Inquiry, named for the prominent judge who led the investigation, it was determined “the way the press regulated itself in the UK was inadequate and that it should be replaced by a so-called independent body, backed by a force of law. They were turning from self-regulating into something that was ruled by statutes.”

Section 40 of the Crime and Courts Act was not enacted at the time of publication a few years ago but is being moving in that direction now. Cullen describes it as “the little time bomb that was placed into the law. … The major issue with press freedom here is that it insists that the publications should join a press regulator, which should then be able to do arbitration with people who are considered victims of press abuse.”

While that might sound innocent enough, there’s something potentially dangerous written into Section 40.

“The provision is that if you don’t sign up to the regulator and you go to court, you’re responsible for all costs, even if you reported exactly completely in the right. That puts a huge financial burden upon the press, potentially, and in effect, it is a gagging law, which is an unintended consequence of the legislation.”

It’s voluntary to register, Cullen says, but there are two established arbitration organizations with which a publication can enroll: the press-run Independent Press Standards Organization (IPSO), and IMPRESS, “founded by trenchant critics of UK tabloid press practices” led by Max Mosley, a Formula 1 racecar driver who was reported to have hired prostitutes for some sadomasochistic situations, whose father, Oswald Mosley, was “the leader of the British Union of Fascists in the ‘20s and ‘30s.” Since his predilections went public, Max Mosley has been openly bankrolling efforts to limit and restrict press freedoms, Cullen says.

On this week’s It’s All Journalism podcast, host Michael O’Connell talks to Drew Cullen, editor-in-chief of The Register, a UK-based technology news website. They discuss Section 40, which Cullen calls a “little time bomb that was placed into the law” that could spell dire consequences for press freedom in the UK.