Journalists and comedians have a fair amount in common. Both have jobs that require them to talk to strangers, often at length, knowing that every motive is questioned and every word is criticized.

Saundra Sorenson might have stumbled into journalism but it’s her love of comedy that paved the way for her current job, as an editor at Cracked.com. 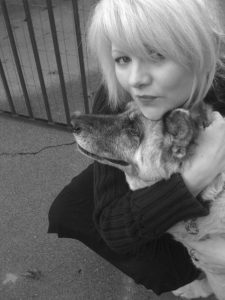 In college, Sorensen was in a literature program that required writing classes in addition to studying the great books. A course in magazine writing led her to an internship at the Santa Barbara Independent. “I wasn’t thinking about becoming a journalist, I just wanted to write,” she says. “I really liked writing features.”

In addition to “an awkward interview with Dr. Laura Schlesinger when she was promoting her jewelry line,” Sorenson was teaching English as a second language and preparing for a two-year stint in the Peace Corps when she was hired by the Ventura County Reporter, a paper she’d grown up reading. She worked there for a few years, mostly arts and features articles, training her as a reporter.

Her next stop was at another community paper, near Portland, Oregon, where she found herself in courtrooms, covering a civil lawsuit against two sheriffs’ deputies in a wrongful death case (the parents of a teenager were awarded $2.5 million) and the trial of a teenager from a “tony suburb” accused of assaulting and killing a classmate. There were less-intense cases, including community fighting the development of a condo all the way to the state supreme court, and when the time came for her to leave the paper, she was asked to write a farewell column about her experiences.

Her time in Oregon also led her to testing the waters of standup comedy. She and a friend, an AP reporter, agreed to do three open-mic nights within a month. Sorenson’s roots in comedy run deep: her first concert, at age 7, featured Bobcat Goldthwait as an opening act and the TV in her parents’ house always had Comedy Central on in the background. Her preparation for those show was a little different: She envisioned, and wrote, her three-minute bit as a monologue, not including pauses for applause or laughs.

“I remember, when I did get a few laughs, it was almost unsettling,” she says.

Now she’s at Cracked, a site known more for comedy and satire than almost anything else. “It’s the best job,” she says. “I can’t believe how fortunate I am.” Sorenson had reached a point in her career when she was considering going into PR “because that’s what a lot of newspaper journalists because you’re always struggling financially. I was reading Cracked a lot but also freelancing for them,” and when the opportunity was presented, she jumped at the chance.

She’s also using her journalism skills and affiliations to try and help a fellow traveler on the less-traveled path, John Wilcock, a founding staffer at the Village Voice and cohort of such notables as Andy Warhol (whose biography Wilcock wrote), Shel Silverstein and Woody Allen. Wilcock, a bright star in the underground publishing scene and read frequently by Leonard Cohen, had been self-publishing 200 to 300 copies of a zine up until 2014 when he suffered a stroke. Now Sorenson and some friends have created a Go Fund Me page to help pay for Wilcock to stay in his care facility, hoping to raise at least $85,000 to cover the next year.

“It’s really unfortunate,” she says of Wilcock’s situation. If they can’t raise he full amount, he might be forced into Medicaid-funded housing, but only if he can prove he has practically no savings left. “We really want to just get the word out. It’d be lovely to give John a comfortable retirement.”

On this week’s It’s All Journalism podcast, producers Michael O’Connell and Nicole Ogrysko talk to Saundra Sorenson about her winding road of a career from community news, the alternative press, courts reporting, standup comedy and Cracked.com.

Farewell and thank you, Steve Buttry