It’s no longer enough to simply provide information to readers. Reporters who do that and take a “Wizard of Oz” approach, assuming readers should be happy with the information they’re given and not ask anything more of their local newsrooms, will find themselves at a loss.

Joy Mayer has been studying audience engagement for the better part of this decade. Now an engagement strategist with the Reynolds Journalism Institute, Mayer got her start as an editor and page designer. 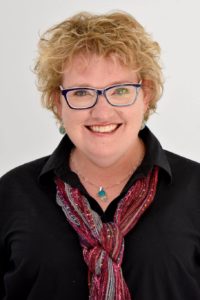 “Designers are always the people in a print newsroom focused on the consumption of news, not just the craft of storytelling,” she says. She viewed that role as “an advocate for the reader.” After all, what good is a great story if readers can’t find it?

In the digital age, however, readers might be better served if they feel they can interact with the people who give them their news, not just read it on the physical or virtual page.

“I still see so many occasions where community members are talking back to journalists on social platforms or in the comments and the journalists aren’t even there. They don’t know” people are trying to communicate with them, Mayer says. “If you work in a large organization you might get thousands of comments, and there’s a problem of scale there. Sometimes the journalists aren’t investing the time or catching the comments coming back,” to say nothing about the lack of response to those who have taken the time to comment and try to interact.

She points to the Ogden Standard Examiner. The reporters there “show up every day in Facebook comments. They thank people for commenting, they ask follow-up questions, they really invest in being in conversation with their community.” Yes, she admits, sometimes the questions are of a more light-hearted nature, like asking readers their favorite restaurants in town. But if the reporters ask a more substantial question, on whether they’d support higher taxes to pay for salary increases for local law enforcement officials, “they’ll get 150 comments in not that big of a town because they’ve earned the right to ask those tougher questions. The newsrooms that invest in conversation see that pay off around topics that other newsrooms struggle with.”

Taken another way, Mayer suggests newsrooms can learn from engagement, determining which topics resonate most with readers and where to allocate increasingly tight resources.

“A big part of using all this data to inform our journalism is not just which stories work but looking at the stories that don’t, which are the topics or beats that continually underperform,” she says. “One benefit of using data to inform newsrooms that people don’t talk about enough is it can help you make hard decisions. … Use data to determine what you’re not going to cover.”

On this week’s It’s All Journalism podcast, host Michael O’Connell talks to reader engagement specialist Joy Mayer of the Reynolds Journalism Institute. They discuss how important it is for journalists to build a relationship with their readers, by responding to comments and creating a dialogue on social media. She also talks about a recent project she conducted to help newsrooms build trust with their audiences.

#243 – Solo video journalist emerges as model for most newsrooms