“There was a blog for the radio station WFMU and they had a listing of interesting records,” he recalls. “One of the records they posted was this magazine, Echo Magazine from the 1950s, which was dubbed the first magazine you could read on your turntable. It was a series of flexi-discs bound together, so you could flip a page and drop it onto your turntable … there’d be text on top of that and a sound piece that accompanied it. I don’t want to be over emotive, but I was in love with Echo Magazine when I saw it.” 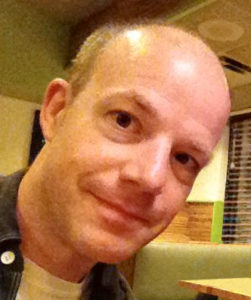 Wilcock, in addition to helping to create the Village Voice in New York City and finding himself near the middle of Andy Warhol’s Factory scene, was the editor of Echo Magazine.

Persoff, a self-described archivist, sound artist and cartoonist, dove into underground comics and publications of the 1960s and kept seeing certain names repeated: Wilcock and Paul Krassner, whose satirical publication, The Realist, Persoff has since archived.

The Realist was “more political than National Lampoon,” Persoff says. “It started with the intentions of being a Mad Magazine for adults. I think it thoroughly imploded to National Lampoon.”

As Persoff worked with Krassner to preserve and archive The Realist for future generations to pore over while trying to discern whether Lyndon Johnson really engaged in wildly inappropriate acts in the hours following John F. Kennedy’s assassination, Persoff mentioned his curiosity about Wilcock.

John Wilcock’s friends have set up a GoFundMe account to help pay for his living expenses. He is currently living in assisted care in Southern California.

“At the end of it, I mentioned that I really enjoyed that John was a consistent contributor, at least during the 1960s,” he says. “That led to me and John talking.”

As it turns out, Wilcock was instrumental in Persoff and Krassner publishing a book of comics from The Realist. 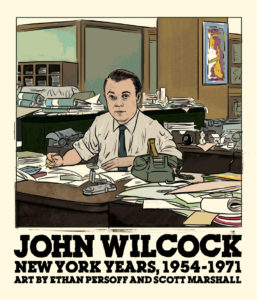 Ethan Persoff and Scott Marshall are in the midst of writing their multi-part comic biography of underground journalist John Wilcock, the first part of which has been collected as a book.

“Even approaching 90, I’ve never known someone to be so urgent and capable about pushing things into a kind of being,” Persoff says. “I think that was his role in the ‘60s. That part of your soul doesn’t die out.”

Persoff asked Wilcock if maybe he and artist Scott Marshall could write a biographical comic about Wilcock.

“All of a sudden he was arranging to show up at my house,” Persoff laughs. “Most people would say that if they lived across town. He’s in California, I’m in Austin. He drove straight to my house to talk about the comic.” His determination to tell his story, to see it illustrated and represented truthfully, is something to be respected.

Wilcock’s story involves him in the same orbit as many famous people during high-profile events, yet his name isn’t fodder for history books.

“All these people he was around, they were permanently remembered,” Persoff says. “How is it he gets left out? The more you learn about John, you do see, and this is represented really nicely in the comic, he would make something and then something would happen and he’d get thrown out.”

#241 – Andy Warhol, the Village Voice and the alt-press pioneer

Write a textbook? How about teaching?