It’s easy to look at the conversation about immigrants in the United States and ignore everything that came before Inauguration Day 2017.

But that’s missing a big part of the story, say Daniela Gerson and Elizabeth Aguilera, co-creators of Migratory Notes, an immigration newsletter. Both Gerson and Aguilera have extensive careers in which covering immigrant communities has played a major role. In the newsletter, which began publishing shortly after the Trump administration’s first attempt at implementing restrictions on immigrants from predominantly Islamic countries was introduced, they look not just at current policy but reporting that takes the story to the personal, in-home level. 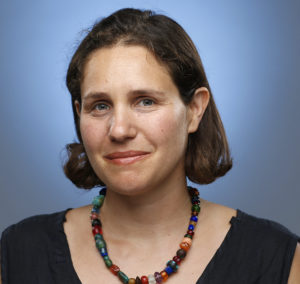 “Some of the best coverage we’ve seen has taken all of the emerging digital tools and ways to connect with audiences as well as subject and do that along with great reporting that doesn’t take what Trump has said, what they’ve decided today and put it into context,” Gerson says. She points to coverage from the New York Times and the Los Angeles Times as exemplary, going beyond the headlines and putting context to the lives that will be most directly changed by proposed legislation.

But they stress that President Donald Trump isn’t working in a vacuum and note that many had called President Barack Obama the “deporter in chief” during his administration.

“It’s important to put things into context for the audience. Stories highlighting this increase in deportations, apprehensions, arrests, but also that this was going on under Obama,” Aguilera says. “This is a forever thing here in the U.S., but it’s being approached in a different way under Trump, which is why everyone’s watching it.”

Remember, too, that it’s not just one person whose life might be forever altered by deportation.

“This is so much a family story. When talking about status, most people live in mixed-status families,” Gerson says. “If and when deportations increase to the numbers the Trump administration says it will do, it will impact many more people than those who are deported. People are getting there but this is a family story.” 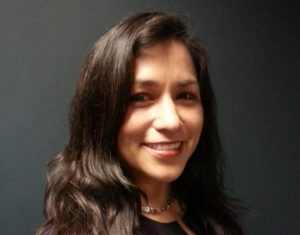 Aguilera adds: “There have been a couple stories about a grandmother in San Diego who was apprehended and detained. She has a son-in-law in the military. This is a military family. She provides daycare for the grandchild. In L.A., a father was arrested in front of his child, she’s 13 and she used her cellphone to video the arrest. She’s a U.S. citizen. He’s got four U.S. citizen daughters, he’s been here 25 years.”

But whether immigration officers will be knocking on their door is not a top concern for many immigrant families, they say.

Once, Gerson and her team worked with the local police force to improve their interactions with the Chinese population in town, helping them setting up an account on the Chinese version of Twitter. There are now more than 40,000 people following the account, asking questions ranging from whether a child can be left home alone and what to do following a hit and run crash.

“The assumption that their top concern is policy or what’s going to happen is not realistic for the communities themselves,” Aguilera says. “They care about education, public safety, the economy, jobs, they care about finances, things most everyone cares about. Immigration might rank much lower on their list of things they’re concerned about on a daily basis. I think that’s the difference between reporting traditionally and reporting in the community.”

Immigration reporting is the subject of this week’s episode of It’s All Journalism. Host Michael O’Connell chats with journalists Daniela Gerson and Elizabeth Aguilera, co-creators of Migratory Notes, a weekly email newsletter focused on immigration. Their goal is to explore the wide-ranging issues found under the immigration umbrella and share stories that provide context to this very complex topic.

#249 – Blake Gopnik and the art of art criticism