If it were possible to tell, before reading an article, whether the author wrote from a biased perspective, would people choose not to read it?

Chase Palmieri is the CEO of Tribeworthy, a platform he describes as “Yelp for news consumers.” Users on TribeWorthy give ratings to articles based on the lack of bias, logical fallacies or other manipulative techniques or practices that might try to sway a reader’s opinion with emotion instead of facts. 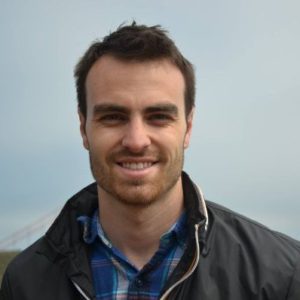 Chase Palmieri is the CEO of Tribeworthy.

Palmieri comes from a long line of entrepreneurs and went to school to follow in his family’s footsteps, but he didn’t want to start “businesses to pay the bills. I wanted to try to solve some big problem.” He’s been responsible for his family restaurants’ Yelp campaign for several years, which provided inspiration for his entrepreneurial endeavor.

“I see how Yelp changed the environment for restaurants, how they operation, how they think about customers and feedback and how it’s raised the standards,” he says. “I was wondering, as an avid news consumer, why I’m not able to leave any of this feedback on articles, feedback or accountability to the authors at news outlets.”

He pulled together a team of six friends, all self-proclaimed news junkies, and since January 2016 have been developing Tribeworthy.

“We’d post stories and we would talk to each other and discuss problems within that story and identify these flaws in these articles, which is kind of what led to Tribeworthy and crowd-contested media. The idea was we were working together on these Facebook groups to identify what were credible sources, what were the problems with the information, what was the spin.”

Palmieri says he understands why people like getting their news from Facebook, even as the social network has acknowledged its role in spreading bad information during the previous election cycle. Facebook users “can see on the article what other people they know are thinking and feeling about that article.”

On TribeWorthy, users begin by selecting whether an article can be trusted or if there’s something to contest.

“When you contest an article, it brings you to four main categories: Bias, illogical, not credible or mistake,” Palmieri says. “If you found that the author was using a particular logical fallacy, you would select ‘illogical’ and then you can actually select which logical fallacy (was used, including) red herring or straw man. You’d be able to tag that fallacy to the article so the next person who comes to that article can see that perhaps the author was using that logical fallacy as an appeal to emotion to try and manipulate the reader.”

He does understand that people will wonder whether users will manipulate the ratings on articles based on their own particular preferences and biases.

“The most you can do to hurt or bring down an article is to claim it has a particular bias,” Palmieri says. “You can’t even identify it as a right or left-wing bias. You can say an article has a bias, an agenda behind it, but in doing so, we’re going to allow articles that don’t speak from that perspective to rise to the top. People can more quickly find the most objective and significant articles of the day.”

Chase Palmieri talks to It’s All Journalism producer Michael O’Connell about Tribeworthy, a platform he describes as “Yelp for news consumers.” TribeWorthy users rate articles based on a lack of bias, logical fallacies or other manipulative techniques or practices that might try to sway a reader’s opinion with emotion instead of facts.

250. Engaging readers while keeping out the nasty