Readers would rather have branded content available through their favorite news organization’s website than see a pop-up or banner ad, but publishers and ad creators need to understand what type of content will best speak to that audience for their joint venture to be effective.

Melanie Deziel, founder of MDeziel Media, the first editor of branded content for the New York Times and publisher of The Overlap League newsletter, says her charge is to “help publishers and advertisers work together to create co-branded stories that are going to appeal to them in a way that’s hopefully additive to them,” not confusing or distracting. 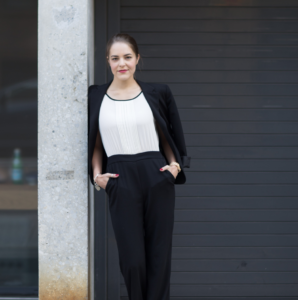 She’s worked not only with the New York Times but also Time, Inc., owner of Sports Illustrated, Entertainment Weekly, Food & Wine and of course Time magazine, to incorporate branded media that resonates and adds to the readers’ experience while on their website or in their publication. But knowing what the audience expects and wants from a given publisher is key.

“For a long time, advertisers were coming to publishers and media companies solely for their reach,” she says. “They wanted to get in front of that audience, that banner. Now we’re able to sell our storytelling expertise and our knowledge of the audience in a way that hopefully creates much better content for the audience. The audience gets a better ad experience, the advertiser gets to tell more in-depth stories than they could in standard (advertising practices) and the publisher or media company finds new revenue streams that satisfy both the advertisers and the readers.”

In the era of “fake news,” Deziel stresses that most native advertising content has nothing to do with breaking news coverage and great lengths are taken to ensure readers can clearly and easily differentiate paid content from news articles.

“We want to make sure disclosure is clear,” she says. “No advertiser wants to pay for content that no one knows they paid for. That’s part of the value proposition for them, to get their name in front of the audience as a provider of good content. The advertiser wants clear disclosure and labeling.”

Some publishers are incorporating wholly different URLs to distinguish native branded content from their news articles, such as “paidpost.nytimes.com instead of nytimes.com,” Deziel says. It’s not universal that all publishers are taking this step, but it’s a tactic the industry is considering and moving toward.

As for confusing sponsored content with “fake news,” it comes down to transparency and timing.

“Given how long it takes to create content, going back and forth and getting approvals, it’s rarely timely content. … It’s typically more lifestyle content, tip or instructional content, profiles of individuals,” posts that are more evergreen. “Hopefully those two things in combination allow us to make sure there’s not a lot of confusion in critical breaking-news scenarios of sponsored content muddying the conversation. The more we deal with fear and justified skepticism from our audience, the more pressure it puts on us as sponsored content creators to make sure we’re doing our part” to eliminate confusion.

Melanie Deziel, founder of MDeziel Media, the first editor of branded content for the New York Times and publisher of The Overlap League newsletter, talks to It’s All Journalism host Michael O’Connell about the growth of native advertising as a revenue source for digital news outlets.

#251 – Tribeworthy wants to be ‘Yelp for news consumers’