The greatest article won’t be read by anyone if it has a bad headline or boring image on top.

It’s a simple truth but one journalists and editors alike should take to heart, said Ryan Craggs, an editor and audience development strategist with Condé Nast Traveler. With years of working on creating content and editing pieces for websites ranging from Forbes to Huffington Post among others, he knows whereof he speaks. 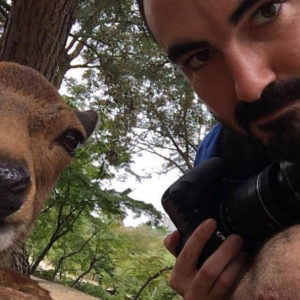 At HuffPo, “a lot of my job there was working with wire services, figuring out what headlines would be appealing to a broader interest audience. I would start every day, pulling out five to seven of the most interesting things going on that would appeal to a broader American audience. It was on me to figure out how to make this more interesting to a domestic audience, to get people to engage with bigger topics, by and large not what most people are talking about at the breakfast table or on the way to work,” he said. “Every day I’d read about 150 headlines between 7:30 – 8 a.m.,” and then he’d find the best and most interesting pieces from that pile to repurpose for their website.

Before joining Condé Nast Traveler, he worked at Thrillist, where he tried to work with his news team on headlines by giving them a new way to look at their work and considering their headlines.

There, it was more about “figuring out what is it that people are going to be talking about. How do you think someone would talk about this at a party? … You can write the greatest story in the world but if you put a bad headline on it and you don’t have an engaging image, no one’s going to read that thing and no one’s going to share it either.”

He suggested something that might sound a little insulting on its face but, peeling back the layers, makes sense: “Treat the people in your audience like they’re kinda dumb on the outside … but treat them like they’re smart when they’ve clicked in, because at that point, you want to give them a good experience. I don’t think it’s disingenuous to figure out which buttons to push on people.” Readers don’t need – or necessarily want or respect—click bait-y headlines if the article itself is boring or pandering to a lower level. No one wants to click on a headline, no matter how sensational or engaging, and be bored or feel misled by the article therein, he said.

It’s also not a tactic that will win publishes any favor with Facebook, which “drives traffic for every site now,” Craggs said. “I think at this point everyone’s trying to figure out how to get rewarded, not punished, by Facebook.”

Ryan Craggs of Condé Nast Traveler talks to It’s All Journalism Producer Michael O’Connell about a recent article he wrote for the Columbia Journalism Review, “Stop killing your social stories with bad headlines and images.” They discuss how a good headline can help promote news stories and make them more shareable on Facebook.

Turn Up the Volume — A Down and Dirty Guide to Podcasting

#256 – Journalism education in the era of fake news