Teaching young journalists about technology is important; teaching them how to use it to tell stories that are unbiased, impartial and well-researched is urgent.

Margot Susca, a professorial lecturer at American University, wants journalists to understand the full scope and weight of their work, whether they’re just starting out in the newsroom or approaching the midpoint of their career. 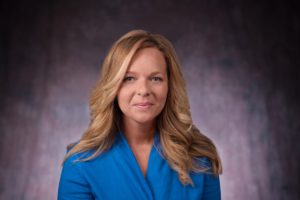 “I teach journalism ethics at American University and I think that’s a really important part of the curriculum,” she said. Journalists should follow the code of ethics presented by the Society of Professional Journalists, which implores reporters to “seek truth and report it,” while upholding transparency and accountability. “Once students have been immersed in this environment, it’s easy to understand how it gets done well in news organizations they respect. But they can also analyze when it doesn’t get done as well. What I want is for them to be a voice, when they have a seat at the table …where they can say I don’t know that this is being done for the right reason” if a story is reported in a certain way. In the age of “fake news,” this takes on heightened importance.

Susca often uses a story from her own life, early in her career as a reporter in Connecticut. A local incumbent politician was defeated in an election he expected to win and directly pointed the blame at her investigative work.

Reporters are supposed to be the “liaison between the government and taxpayers,” she said. “You’ve gotta grow a thick skin and you’ve gotta be tough. I can’t imagine what some of these reporters in the White House briefing room are going through.”

Not only are supporters of the president and members of his administration screaming “fake news” at any coverage they don’t like or agree with, reporters are being called the enemy and threatened with lawsuits simply for doing their jobs. The ability to remain composed and keep digging for information in such an environment is not an easy task.

Reporters are “in it for readers and citizens, not to make friends with politicians,” Susca said.

Journalists need to use all the tools at their disposal to report and uncover facts and present the best and most accurate details each and every time. Data and technology are an increasingly important aspect of this work, but the underlying mission of journalism needs to be taught alongside the latest apps and platforms.

Susca anticipates seeing more work in the news world from technology companies like Google and IBM, but, “I want to teach students to think beyond tech and social media. Tech changes so rapidly. We need to adapt to new technology and storytelling methods, but we need to be adaptable. Snapchat, a few years ago, it was crazy, but look how it’s being used now. It’s not the only thing we have to teach them; it’s a piece, but there’s more today than there was 10 or 20 years ago.”

The same goes for exploring new tools as they come along – imagine if today’s reporters and editors had relied on MySpace as a journalism tool in the same way they do Twitter and Facebook today, then consider how different journalism is as a result of those newer outlets existing and how their use has evolved in a few short years.

Margot Susca, professorial lecturer in the American University School of Communications, talks to It’s All Journalism producer Michael O’Connell about how journalism schools remain relevant and vital in times of rapid technological changes and a volatile political environment.

#255 – Write headlines that make your readers care … and click

#257— What local stories are getting lost in Trump media morass?