When WBEZ, Chicago Public Radio, wanted to encourage its audience to get more involved in the stories the station was telling, it set out to try and determine the best way to reach new people. For a project called Curious City, the station wanted Chicago residents to submit questions about the places they lived, hoping for questions as varied and diverse as the city itself. 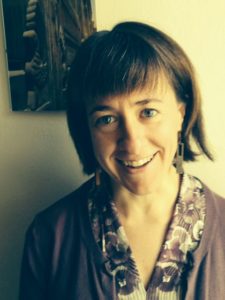 In Chicago, WBEZ “set out in three different ways to do outreach to see which is the most effective” way to get input from residents that aren’t the typical crop of people responding to NPR prompts for questions, Wenzel says. Reporters went into various neighborhoods and asked people face-to-face to contribute a question to their project. “They got great questions but it was not very efficient. It can take a while to explain (what the process or objective is if the person isn’t familiar with the station).”

WBEZ also tried doing outreach in partnership with community organizations, libraries or cafes, but here too, there needed to be some explanation as to what Curious City was all about. Setting up a questions box in a coffee shop is just as likely to be ignored or not noticed as the art on the walls unless the staff there points it out to patrons. 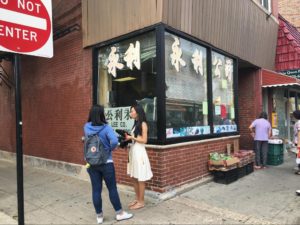 Third, the station tried sending ads to 200,000 people via Facebook. “They got a lot of clicks on this campaign but only 14 questions,” Wenzel says. “That was one of the more disappointing parts of the effort.”

But what seemed to work the best was setting up a table in a library and having conversations with people who came in and expressed an interest.

“It’s a very old-school approach,” Wenzel says. “Go to a library, sit at a table and when people would come, they’d talk to them. You have the advantage of being face-to-face but in a way that’s more trusted. People could engage with them or not on their own terms. It’s interesting, they did this big experiment and found it’s maybe not these fancy new things (that are most effective) but you need to combine with old-school, face-to-face outreach as well. That was an interesting result from their experiment.”

Andrea Wenzel, a research fellow at the Tow Center for Digital Journalism and upcoming assistant professor of solutions journalism at Temple University, returns to the podcast to talk with producer Michael O’Connell about the best ways to reach an audience and increase engagement for more effective solutions journalism.

#257— What local stories are getting lost in Trump media morass?