Worried about accusations of bias against a newsroom?

Matt Carlson, an associate professor at St. Louis University, recently wrote an article on the use of algorithms in news. 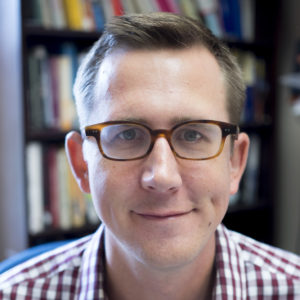 Matt Carlson is an associate professor at St. Louis University.

“There’s some amazing work with algorithms behind the scenes,” he said, pointing to publications like Pro Publica and its investigative work, which “relies on big data crunching, like their work on Medicaid payments. This kind of work was impossible before; you couldn’t do it in the paper and pen days. The large amounts of data and computing power make it possible. What I’m interested in is what happens when we use (algorithms) for the process of finding news.”

There’s a tradeoff, of course, with giving algorithms the ability to select which stories a reader sees. “What’s important to you is what the news is, as opposed to some larger communal sense of here’s what journalism is,” he said. “We can find news stories we’re interested in really easily, but at the same time we might be missing out on other stories we’re not seeing because we’re not open to the larger news.”

Journalists are still taught and instructed to keep judgment claims at bay to preserve objectivity. But now that algorithms are being used more frequently, the human judgment factor can be eliminated.

There still times when having a human reporter providing information and nuance and explanation is paramount. Carlson gave Supreme Court reporting as an example: “I don’t have a legal background but I understand the importance of Supreme Court decisions. I need that person who’s a journalist and an expert in the law to say here’s the interpretation of what’s happening, not just ‘here’s some facts that happened.’” Algorithms wouldn’t necessarily know to provide those details based solely on a reader’s past habits.

He suggests that journalists shouldn’t always shy away from their judgment in stories. A reporter who’s covered city hall for several years shouldn’t be afraid to speak up and defend her expertise, he said. “There needs to be a defensive expertise of judgment and professionalism more so than there is,” he said. “In a way this didn’t matter, but now that we have algorithms competing (to make judgment calls), this puts our old practices in a new light.”

Matt Carlson, associate professor at St. Louis University, joins producer Michael O’Connell to discuss his new article on the use of algorithms in journalism. He is the author of “Automating Judgment? Algorithmic Judgment, News Knowledge and Journalistic Professionalism,” recently published in New Media and Society.

#264 – Press Freedom and the Trump administration