Twitter might be the most social of all the social media platforms. But sending automated direct messages to new followers is the best way to make someone anti-social.

Madalyn Sklar, Twitter and marketing specialist, is the host of the Twitter Smarter podcast. She’s a Twitter advocate and enthusiast who uses the platform for education and information as much as she does meeting interesting people. 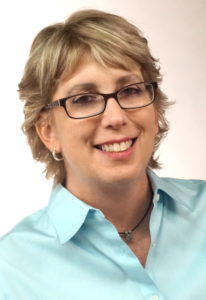 “I like that Twitter is really simple – 140 characters means you have to be short and to the point,” Sklar said. “We make these connections on (Twitter) that are so different from other social platforms. If I want to reach out to someone who’s a big deal, I have the best chance on Twitter.”

She shares information like the advanced search options that most users might be unfamiliar with, allowing Google-like searches including or omitting words and phrases and finding conversations between the user and other individuals by date.

“Every day I get on there and I share articles and information to my community,” Sklar said. “I want to help people better use social media, especially Twitter.”

She’s got a little advice for some users as well. Use social media to be social; don’t use it only for self-promotion.

“You see a lot of businesses get on there (and) it’s a very one-sided conversation,” she said. “All they’re doing is promoting their products and services and they’re not talking to anyone. You’ve got to get out there and be social and talk to people. Listen.”

Responding to a new follower with a direct message inviting them to buy this product or that service, or to join their LinkedIn network, is a no-no, Sklar said.

“It’s gotten to be a little too much. I don’t know who went around telling people it’s OK to set up these auto-DMs so that when someone follows you you send them this automated message. If you don’t know them, why do you think they’re going to (buy a product or join another network)?,” she asked.

Madalyn Sklar, host of the Twitter Smarter chat and podcast, discusses good Twitter etiquette with host Michael O’Connell, including advanced search techniques and the wrong use of direct messages.