Alt weeklies and other publications have the same battles to fight as their bigger brothers and sisters: Finding enough advertising to keep the proverbial lights on. 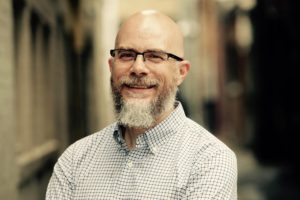 Andrew Beaujon, a senior editor at the Washingtonian, sees the next few years as being “brutal” for alt publications. Following a panel discussion at the recent Association of Alternative Newsmedia’s annual conference, Beaujon asserts the closure of alt weeklies is “not a reflection on the quality of work they’re doing, it’s a reflection on the fact that they’re not making any money. You can’t keep offering people the same but less” when it comes to the local coverage readers have come to expect.

It’s a sad state of affairs, and a quick fact of more newsrooms, that one position is lost every year. He points to an alt publication in Knoxville, Tennessee, where some staffers of a publication that had just closed decided to go out on their own. “They found out advertisers has been advertising out of inertia,” Beaujon said. The advertisers “hadn’t noticed they were still advertising” with the publication and, once it was brought to their attention, they pulled their ads. The cost wasn’t worth the exposure.

Instead, alts need to find, and build on, their strengths and abilities that the bigger publications can’t offer.

The strength that some alt publications have found is the ability to do “mop-up stories,” he said. Alt papers aren’t quite under the same pressure to write breaking news events but have the benefit of being able to “go back, get the documents and meet the people (involved); tell a big story through a smaller story.” Larger, prominent publications don’t have that luxury because they have daily, if not hourly, deadlines to meet for both print and online outlets.

In his time at the Washingtonian and, before that, at the Washington City Paper, Beaujon said he’s come to appreciate the concept and practice of service journalism. “What we can do is really do the mop-up story, go back to the breaking news and find the connecting thread and find the stories people don’t have time to do when (something) happens. We do really good service journalism (at the Washingtonian), something I didn’t understand until I got here. Now I’m very proud of it because I’ve learned how hard it is to do it well and with integrity.”

Andrew Beaujon, a senior editor at the Washingtonian, joins producer Michael O’Connell to discuss the challenges shared by the alt press and their major publication brethren and how alts can use the lack of a daily deadline to write more in-depth stories after the dust settles on major news events.