There’s no one universal – or national — standard when it comes to open government laws, requiring the availability of public records requested by journalists or citizens.

Each state has its own law, but what is required by each state is often a mystery to the journalists who cover state and local governments, said Miranda Spivack, an independent journalist and the Pulliam Distinguished Visiting Professor of Journalism at DePauw University in Greencastle, Indiana. 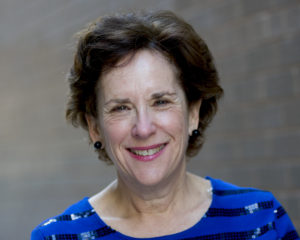 Miranda Spivack is an independent journalist and the Pulliam Distinguished Visiting Professor of Journalism at DePauw University in Greencastle, Indiana.

“Regular people and reporters don’t know you can go in and get this information and they have to give it to you,” she said.

While working on a series of stories for the Reveal program from the Center for Investigative Reporting, affiliated with NPR, Spivack found that despite Beltway reporters’ obsession with transparency in government – “which was made worse by the Obama administration and even worse by the Trump administration — what’s going on at the state and local level is equally bad and maybe worse. That’s where real people’s lives are affected. If you want to know what the school board is paying teachers or what they’re spending on their own travel, or how your local tax dollars are being used, that should be information you can get.”

Unfortunately, due to a combination of a lack of local reporters covering statehouse issues and the state and local government’s interest in self-preservation, the laws on the books in each state aren’t being fully used to the extent they should be, and both citizens and reporters are suffering.

Take, for example, the use of body cameras on police uniforms and patrol car dashboards.

“That’s opened a new area of secrecy for local and state police departments,” Spivack said. “Everyone now has cameras – there was a big push in the Obama administration, $40 million to help them get cameras.” Accountability was the stated purpose but many states “passed laws to make it very difficult to make those videos public. The idea that this would make things more accountable has gone by the wayside. I doubt, in the Trump administration, there will be any pressure to change that.”

She added that “In Maryland, there’s a 10-day waiting period if a police officer doesn’t want to be interviewed by investigators. That’s fatal to any investigation.”

Miranda Spivack, the Pulliam Distinguished Visiting Professor of Journalism at DePauw University in Indiana, talks to It’s All Journalism producer Michael O’Connell about the importance of open government laws and why journalists need to learn them — and why state and local governments don’t want them to.