The time is right for journalists who think like entrepreneurs.

Rich Gordon, a professor and director of digital innovation at Northwestern University’s Medill School of Journalism, knows this territory well. He was a reporter at the Miami Herald in the 1990s when the internet was still a new creation. Prior to that, he was digging through “rows and columns of numbers” from census data, working in the budding data journalism world with the Richmond Times Dispatch. 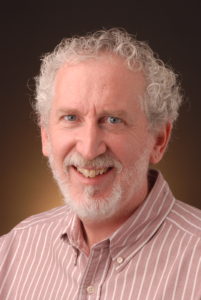 “I remember looking for the first time at a webpage and the underlying code, HTML, and thinking, ‘Oh, this is probably the way we’ll do online publishing,’” he recalled. “At the time, it was AOL and Prodigy. HTML brought it home.”

He was in the right place at the right time when the Herald decided to publish all its newspaper and media outlets online, becoming the paper’s first online director in 1995. Gordon was tasked not only with developing websites for the Herald and other publications but thinking of ways to make money off those sites.

“You can’t just create on product today and be done with it,” he said. “You’re always having to create new publications, new media products, new tools for readers and users. I brought that with me to Medill after four years running the Miami Herald’s online operation.”

Now he’s helping new journalism students hone their skills not just in writing and reporting but considering all opportunities on the horizon for developing new platforms in which quality information can be shared with audiences.

The motivation to study journalism hasn’t changed much but the tools and opportunities have, Gordon said. Those who will be most successful in branching out from traditional media into the new world might share some qualities with entrepreneurs, whose skills can’t really be taught as readily.

The old adage of knowing your audience rings true for non-media outlets, something journalism students need to remember, he said.

Journalism students and working writers “understand content storytelling, which is at the core” of developing a media product. “What they need to be successful on the product side is other skills that compliment storytelling skills.”

Rich Gordon, professor and director of digital innovation at the Medill School of Journalism at Northwestern University, joins producer Michael O’Connell to discuss the onset of data and digital journalism, how the intersection of the two changed his career, and why “media product” doesn’t have to be a forbidden topic of conversation for journalism students.

I got podcasting on my mind